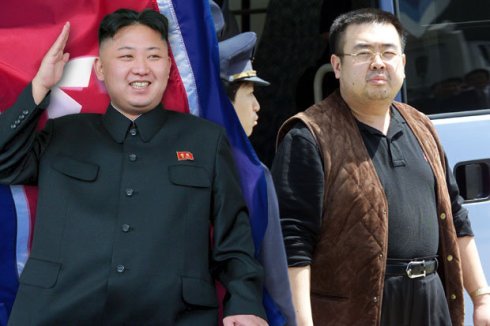 The head of the Criminal Investigation Department of Malaysia, Mohmad Salleh, reported that Kim died before boarding his flight on Monday, although he specified that “there are no signs to suggest that he was murdered. So far, the police have classified the case as unforeseen death. We should wait for the post-mortem report to determine the cause of death”.

Police have confirmed that the body, now in the morgue of Putrajaya Hospital, has been identified as the firstborn of the father of the current President. Meanwhile, South Korean media have reported that Kim Jong-il’s eldest son – a result of his relationship with South Korean actress Sung Hae-Rim, and therefore the half-brother of the current leader – had been killed: Chosun TV reported, quoting sources of the South Korean government that two unidentified women qualified by the channel of “spies” approached “with needles poisoned” to the late Kim and managed to escape in a taxi.

In previous occasions, similar exclusives of the South Korean press and even of the authorities of Seoul have been shown uncertain. This time, the South Korean government has not officially pronounced.

If confirmed the murder, it would be the most prominent crime of a member of the North Korean circle of power since the execution of Jang Song-thaek, the almighty uncle and former mentor of the current president, fallen into disgrace and executed by orders of his nephew in December 2013.

Kim Jong-nam was considered close to his uncle. In any case, the eldest son of Kim Jong-il was not part of the hard core of the regime. Born in Pyongyang in May 1971 and trained in Switzerland like his brothers, he was considered for a decade as the heir although Nam never showed interest in succession. In 2009, two years before his father’s death, he stated in an interview with a Japanese channel that he was not in favor of inheriting the position – although some considered him the favorite based on the memories of the sister of his mother Sung Hae- Rim, who described how Kim Jong-il felt especially attached to his eldest son.

His chances of inheriting the position were diminished in 2001, after being stopped in an airport of Japan with a false passport: it was justified affirming that he wanted to visit Disneyland Tokyo with his family. According to local media, Kim Jong-nam was residing between Macao, Hong Kong and the continental China. In 2012, he told a Japanese newspaper that he did not expect his brother to stand out as a leader and speak out in favor of economic reforms.

That same year, the Russian weekly newspaper Argumenty i Fakty reported that he had been expelled from a luxury hotel in Macau, after the regime cut off his funding path in retaliation for his statements. In 2014, according to Channel News Asia, Jong-nam was seen in a well-known restaurant in Jakarta where he presumed to live between Indonesia, Malaysia and France.

2017-02-14
Previous Post: Wave of arrests of immigrants in the United States: more than 150 detainees
Next Post: The United States National Security Adviser resigns for ties with Russia