Kerry defends the creation of the Palestinian state to achieve peace

The US Secretary of State, John Kerry, said today that the “two-state solution” is the “only way” to achieve a “lasting” peace in the conflict between Israel and Palestine. 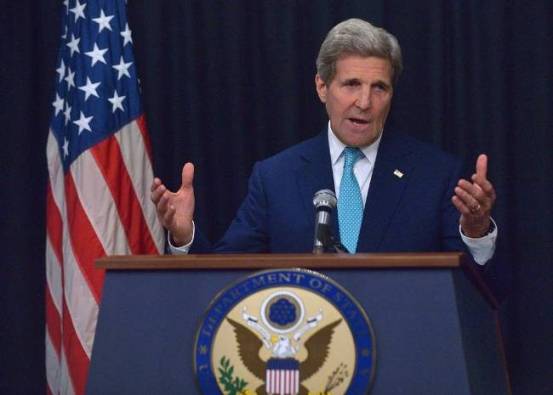 Kerry has defended in a hearing in the Department of State the decision of his Government not to use its veto power in the voting of the Resolution 2334, approved on last 23th December by the UN Security Council, which demands Israel the end to its establishments politics in Palestinian territories.

“This vote was aimed at defending the settlement of two state solution”, said Kerry, whose government had protected Israel in the past from resolutions similar to the one approved despite opposing their policy of establishing new settlements in Palestinian territories.

The decision not to be opposed was adopted “in accordance with our values”, said the Secretary of State on the resolution, which was approved with 14 votes in favor and the only abstention of the United States.

Kerry also took the opportunity to criticize the government of Israeli Prime Minister Benjamin Netanyahu, who has called the most inclined to the right of the country’s history and a “agenda driven by the most extremist elements”.

“Enlargement of the settlements has nothing to do with the security of Israel”, Kerry said, adding that settlements are not “the main reason” for the conflict, but it do hamper a possible solution.

“We cannot ignore Palestinian aspirations”, he added, to underscore that “no one who is seriously committed to peace can ignore the consequences” of establishing new settlements.

The principle of the two states “is the only solution for the region that can guarantee the future of Israel and the dignity of the Palestinians”, said the Secretary of State, warning that this route is in “serious danger”.

2016-12-28
Previous Post: Russia finds the black box of the military plane that crashed in the Black Sea
Next Post: Carlos Tevez acquired by Chinese Club