Both are neighbors of Seattle and are dedicated to technology. Bill Gates, founder of Microsoft, active and retired philanthropist, and Jeff Bezos, CEO and founder of the world’s largest e-commerce site Amazon, are the two richest men in the world. Gates has held that honor since May 2013. 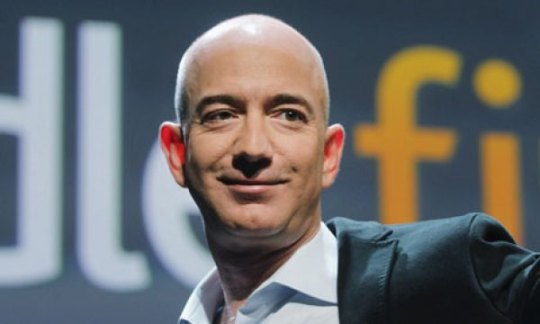 On Thursday morning, following the latest stock market movements, Bezos has outperformed the creator of Windows with an increase of $1.1 billion. A jump that puts him temporarily at the top, but subject to the evolution of Amazon’s action.

At the opening of Wall Street, Amazon shares rose 1.6% and added $1.4 billion to Bezos’ fortune that allowed move from holding securities worth 90.9 billion dollars compared to Gates $90,700.

After the two neighbors in Seattle, the founder of Zara Spanish Amancio Ortega, according to Bloomberg, he is in third position, with an estimate of 82,700 million dollars. Mexican Carlos Slim was the first on this list between 2010 and 2012. Since then, Gates has remained in front until the arrival of Bezos.

Investors blame this jump on Amazon’s latest moves in perishable food and clothing. The purchase of Whole Foods a few weeks ago puts them in a privileged position to compete with supermarkets like Walmart, still developing their online strategy.

They also positively value the growth of subscribers for the first, the flat-rate shipping service that also includes TV and music programs, an unexpected competition for both Netflix and Spotify. The incorporation of these types of customers is key to Amazon. In addition to paying $99 in advance each year, they are statistically more buying.

AWS, its cloud storage division, which was initially built for domestic consumption, is the fastest growing and highest overall revenue, with an additional 10% revenue over a year ago.

Behind public appearances and ostentation, Bezos is one of the largest landowners in the United States with a large extension in Medina (Washington), as well as mansions in Washington DC, Beverly Hills, New York and his own home in Seattle. His obsession is the conquest of space, which he promotes with Blue Origin, a company dedicated to rockets and satellites. In particular, he owns the Washington Post, an institution in which he applies methods of technological startups to adapt to the new times.

Amazon will give results of the quarter to the closing of markets. If they are not as satisfying as analysts expect, it is possible that this crown is ephemeral and its neighbor is once again the richest man in the world.

2017-07-27
Previous Post: North Korea demands US to “bow down and ask for forgiveness”
Next Post: 5 Awesome Spots To Visit This Summer