The investigations of the Israeli police on Benjamin Netanyahu have reached on Friday new levels of intensity that threaten the political future of the prime minister. Agents of the anti-fraud brigade have interrogated Netanyahu for five hours at his official residence in Jerusalem for the so-called Case 4,000, which investigates the alleged leaks of insider information to Bezeq, the main telephone operator of Israel, in exchange for the president receiving favorable coverage in a medium related to the company. The wife of the head of government, Sara Netanyahu, was interrogated simultaneously for the same case at the central anti-corruption headquarters in Lod, near Tel Aviv. 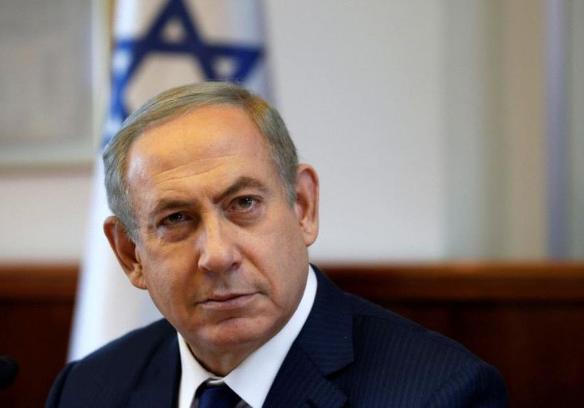 After 12 years of accumulated mandates as prime minister and three consecutive electoral victories, Netanyahu faces in recent weeks the outbreak of several scandals that overshadow his prolonged management. A report made public on 13th February by the police brigade recommended to the Attorney General of Israel, Avichai Mandelblit, his imputation for fraud and bribery in two alleged cases of corruption. The indications against him were collected during more than a year of investigations and seven interrogations to the agent in his residence.

On the one hand, the case 1,000 argues that Netanyahu and his family received between 2007 and 2016 luxury gifts – cigars, French champagne or jewelry – evaluated in about one million shekels (230,000 euros) hands, among others, the producer of Hollywood Arnon Milchan, who was able to receive several million dollars in tax benefits in return.

It was also recommended his imputation for the so-called Case 2000, which probes the connections of the ruler with Arnon Moses, editor of the newspaper Yedioth Ahronoth, the largest circulation in Israel, to have media coverage favorable to their interests in return for legal measures to favor the circulation of rotary.

The government coalition of six parties (conservative, ultra-Orthodox, nationalist) that holds the leader of the Likud in the Knesset (Parliament) has guaranteed that, while the general prosecutor does not pronounce on his imputation, they will continue propping up the head of the Government. The center-left opposition has demanded his immediate resignation and the call for early legislative elections.

Netanyahu denies all the accusations and alleges that all his actions were supervised by technical committees that subjected them to legality control. The prime minister – who considers that the report sent to the prosecution is only a “document full of holes like a Swiss cheese” – continues meanwhile with his official agenda and next week is scheduled to meet in Washington with President Donald Trump.

In the investigations into the case 4,000 have been arrested, among others, the general director of the Ministry of Communications, Shlomo Filber, collaborator of the president for two decades; the former press advisor of the Netanyahu Nir Hefetz family, and the main shareholder of Bezeq, Shaul Elovitch, with whom the prime minister maintains a close relationship. Elovitch, who could receive millionaire benefits in this case of influence peddling, also controls the popular digital portal Walla!, which has been characterized by the kind treatment in his information about the ruler and, in particular, about his wife, Sara.

The scandal of the operator Bezeq also has been surrounded by revelations that reflect the climate of corruption that supposedly underlies the Israeli Administration. On the one hand, Nir Hefetz, Netanyahu’s right-hand man, allegedly offered – through Eli Kamir, another ex-adviser to the prime minister – to Magistrate Hilal Gerstel the post of Israel’s attorney general if he filed an investigation for improper payments attributed to Sara Netanyahu at the expense of the public treasury. The wife of the prime minister is accused of having charged the State more than 100,000 euros in meals entrusted to the best restaurants in Jerusalem, after claiming that the position of chef of the official residence was vacant.

Whatsapp scandal of a judge

In a second and surprising revelation, this week has transpired the exchange of WhatsApp messages between the Tel Aviv judge Ronit Poznanski-Katz, who ordered the arrests for the case 4,000, and Eran Shacham-Shavit, chief inspector of the Authority of the Stock Market, who has investigated the alleged illicit enrichment of Bezeq by receiving confidential documents from the Ministry of Communications, headed by Netanyahu until last year.

The chief inspector, who acted as an accuser, announced to the judge in one of the messages that he was going to request the extension of the arrest of several suspects and suggested that he show surprise when it was officially raised. “I will have to act really surprised, I am already beginning to rehearse a suitable expression of absolute surprise”, retorted the magistrate, who effectively renewed arrest warrants. Now he has been removed from the case pending of a disciplinary sanction.

In the media of the whirlwind of scandals and revelations, the Israeli press reports that the head of government can also be questioned on Friday for the so-called case 3,000. Agents of the anti-corruption brigade detained last November to Isaac Molcho – advisor and special emissary of Netanyahu since 1996, to interrogate him for the purchase of German submarines destined for the Navy, an operation that weigh the suspicions of coincidence and suspicion, adjudication of illegal commissions.

They also inquired if he was knew that the lawyer David Shimron, his brother-in-law and legal partner, had as a client the representative of the ThyssenKrupp Marine Systems in Israel, Mickey Ganor. This intermediary has declared that Shimron – who is also Netanyahu’s first cousin and personal lawyer – mediated the award of the submersible contract to the German shipping company for more than 1,000 million dollars, and received a high commission for it.

2018-03-02
Previous Post: Russia orders a “humanitarian break” of five hours a day in Ghouta Oriental
Next Post: Dozens killed in a plane crash in Nepal when it was going to land