Israel will close the door to Human Rights Watch

Israeli authorities denied a work visa to Human Rights Watch (HRW) director for Israel and Palestine, Omar Shakir, because “the NGO is not a true humanitarian organization and does Palestinian propaganda”, the organization said in a statement. “We are tired of turning the other cheek”, Israeli Foreign Ministry spokesman Emmanuel Nachshon told the media. 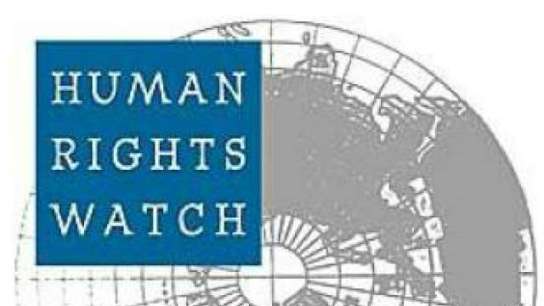 “The organization”, he added, “operates clearly and unequivocally against the State of Israel in a totally unbalanced way”.

At least 15 Israeli NGOs today condemned their government’s decision to deny a work visa to a Human Rights Watch employee for political reasons and have expressed in a statement their “great concern” for democratic freedoms in the country.

“We, the humanitarian organizations of Israel, consider that Israel’s refusal to enter HRW’s Omar Shakir enters the country is a matter of great concern”, expressed in a note released today the main local organizations, including Breaking the Silence, B’Tselem and Bimkom, The Adalah Center and the local branch of Amnesty International.

In the text, all of them express solidarity with HRW in the belief that Israel “wishes to be a member of the club of democratic countries” and that for this should respect the democratic freedoms.

Israeli media recalled that in the past HRW investigators had on the other hand the possibility of doing base in Israel for documenting violations of human rights in the West Bank and Gaza, as well as in Israel.

The NGOs rejected the accusations and stressed that some of its documents were even annoying even to the Palestinian national authority and Hamas.

“The decision – continued HRW – marks a change disturbing after around 30 years during which the staff of the organization had access regular without impediments to Israel and in West Bank”.

2017-02-24
Previous Post: Barcelona rescued a dying victory with two goals from Lionel Messi
Next Post: The brother of North Korean leader Kim Jong-Un was killed with a powerful neurotoxic