The Knesset or Israeli parliament has approved Monday a law that “legalizes” about 4,000 Jewish settlers houses illegally erected on West Bank land that have Palestinian owners.

The MPs have approved by 60 votes in favor and 52 against the so-called Regulation Act, which puts these homes effectively under Israeli regulate jurisdiction and not under Israeli military administration that controls the occupied territories since 1967. 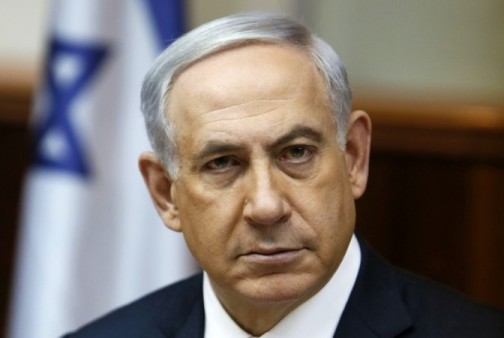 The vote was held despite the express request of the Prime Minister, Benjamin Netanyahu, of delaying it until after his trip to Washington, scheduled for 15th February. The main defender of the initiative has been the party Bayit Yehudi, Jewish Home, current Minister of Education, Naftali Bennett.

Finally, the law has been approved despite the rejection of the opposition, with the Zionist Union party to the front. The president of the Zionist Union, Isaac Herzog, has argued during the plenary that reject the annexation because it could lead to “thousands of Palestinians entering in the Jewish state”.

The draft law provides for the expropriation of Palestinian lands in exchange for compensation of values higher than its market price. These lands will go to ownership of the Commissioner of Government Property of the West Bank.

The initiative will probably be widely criticized by the international community, as the colonization of militarily occupied territories constitutes a war crime.

In any case, it seems that the law, if approved, will be challenged immediately in court and the Israeli attorney general, Avichai Mandelblit, has already warned not to defend the rule in the judicial process.

International reaction
Even before the approval of the law, the special envoy of the UNO for the Middle East, Nikolai Mladenov, has warned that this rule “allows the continued use of land owned by Palestinians to Israeli settlements”. “If adopted into law, it will have far reaching legal consequences for Israel and greatly diminish the prospects for Arab-Israeli peace”, he added.

The President of the Palestinian Authority has called “unacceptable” the decision of the Parliament of Israel.

The spokesman of the Palestinian Presidency, Nabil Abu Rudeineh, has stressed that the decision of the Knessrt is contrary to resolution 2334 of the Security Council of the United Nations.

For this reason, it has called on the international community to “assumes its responsibility before the things come to a point in which it is difficult to control”, according to the official Palestinian news agency WAFA.

2017-02-07
Previous Post: Technology giants unite against Trump’s immigration veto
Next Post: Millennials Continue To Opt For Renting, But Are They Protecting Their Assets