Israel joins the siege of Al Jazeera in the Middle East

After being blocked its signal by satellite and cable in Saudi Arabia, Egypt, UAE and Bahrain, Al Jazeera, considered the largest audience in the Arab world, is under pressure also in Israel. Israeli media minister Ayub Kara announced on Sunday the government’s intention to ban the reception of Qatari television broadcasts, closed its offices in Jerusalem and withdraw credentials from its three dozen journalists for “supporting terrorism”. 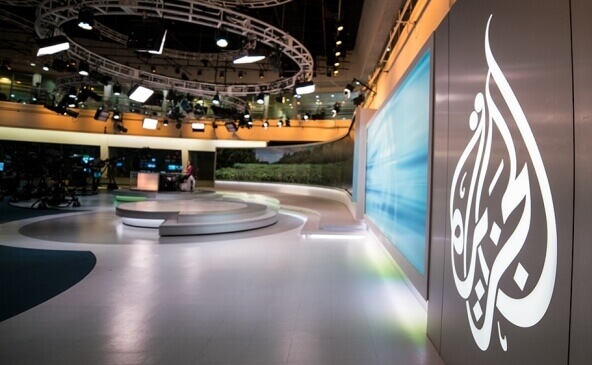 Prime Minister Benjamin Netanyahu had recently warned that he would urge Israel’s expulsion of Al Jazeera from Israel for informational bias and “its continued incitement to violence on the Temple Mount”, using the Jewish term to refer to the Esplanade of Mosques of the Old City of Jerusalem, where major Palestinian protests were recorded last month. “If (the closure of the environment) is not possible because of legal interpretations, I will promote the approval of the necessary legislation”, stressed the Chief Executive through his Facebook page.

Ayoob Kara, a politician of Druze origin (religious minority who shares the Arab culture in Israel) and of the maximum confidence of Netanyahu, said in a press conference – to which the Qatari broadcaster had not been invited – that the television operators by cable had agreed to cancel the Al Jazeera broadcasts in Arabic and English.

The head of the Ministry of Communication, a department that until just a few months ago also accumulated the prime minister, as is still the case of the Foreign Affairs, said that the measures announced by Al Jazeera were intended to reinforce Israel’s security, so that “the channels present in the country report objectively.”

Heads of the chain in Doha told France Presse that Al Jazeera denounced “the serious measure taken by a state that claims to be the only democracy in the Middle East”. The same sources anticipated that the television channel will appeal to the justice the resolutions that are adopted against them. Al-Jazeera’s delegate in Jerusalem, Walid Omal, said he had not received official notification. “These measures, which are not imminent, appear to be due to an attempt to divert attention from the (corruption) scandals involving the prime minister”, he said.

In a tribune published last day in the Israeli newspaper Haaretz same Omal had already responded to the warnings that the prime minister launched through social networks. “Netanyahu’s connivance with his autocratic Arab neighbors notes with very little doubt that the freedom of the press and the truth are on the point of being sacrificed as a collateral damage in the balance of the region’s [political] of power.”

Confrontation in the Arab world

The closure of Al Jazeera was one of the main demands made two months ago by Qatar for Saudi Arabia and its allies to lift the political and economic embargo that have just imposed on the Gulf emirate, which founded in 1996 an information network seen from Riyadh as a forum for extremism and a means of interference in their internal affairs.

“Almost every country in our region has recently found that Al Jazeera supports terrorism and religious radicalism”, the Israeli media minister said. “It has become a tool of the Daesh, Hamas and Hezbollah and Iran”.

“There are no restrictions on freedom of expression in Israel. It is full of voices of expression of dissent”, said a source in the Prime Minister’s Office quoted by Reuters. “In democratic countries there are also things that are unacceptable, and a large part of the content of Al Jazeera’s emissions falls into this category”.

The Foreign Press Association in Israel noted through its Executive Secretary, Glenys Sugarman, that “changing the laws to close a means of communication involves entering into a slippery slope”.

Crisis of the Esplanade of the Mosques

The announcement of measures against Al Jazeera in Israel has emerged following the Palestinian protest that erupted during the second fortnight of July in the Esplanade of the Mosques, third holiest place for Muslims, was about to trigger a revolt to great Scale settlement in East Jerusalem that part of the Holy City occupied by Israel since 1967. Authorities closed the Al Aqsa complex and the Dome of the Rock after the death of two policemen in an armed attack by three Arabs of Israeli nationality.

After the bombing in which three Israelis were stabbed in the West Bank by a young man and clashes with the Palestinian security forces in which six Palestinian protesters were killed, tension finally subsided when the Netanyahu government ordered the withdrawal of measures (Arch metal detectors and surveillance cameras) that had installed in the accesses to the enclosure, also qualified as first holy place of the Judaism, although the prayer and rabbinic worship are not allowed inside.

2017-08-06
Previous Post: US justice promises to pursue with hardness the leaks to the press at the White House
Next Post: An 82-year-old woman developed an app that caught Apple’s eye