Irma sweeps the Caribbean and Florida prepares for catastrophe

Irma, the largest hurricane in Atlantic history, has left 20 dead so far. Predictions point out that Miami will be the place where the impact will be greater. Six million people are in extreme danger… 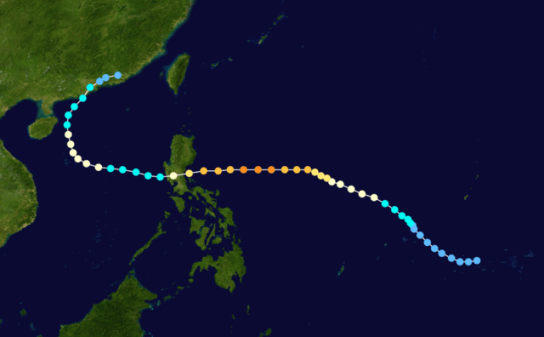 Florida prepares for an incalculable catastrophe. Irma, the biggest hurricane in the history of the Atlantic, crosses the Caribbean from Wednesday to devastate the islands that is in its path and continues its path to the US peninsula, where is expected to arrive the weekend with Miami in the eye of the storm.

Predictions point to where the impact will be greater. The entire strip of metropolitan Miami, an urban language inhabited by six million people stretching parallel to the ocean, is in extreme danger. Emergency measures are redoubling at a distressing pace. The category of Irma has lowered this dawn of force 5 to force 4, still extremely serious and with winds of 240 kilometers per hour. It advances at 25 kilometers per hour and is 725 kilometers to the south-east of Miami, according to data from eight o’clock local time of the National Weather Service. The head of the Federal Emergency Management Agency (FEMA) has just declared this morning that Irma “is going to devastate the United States”. “Parts of Florida will be without daylight, if not more”.

Miami-Dade County (2,700,000 residents) ordered Wednesday night evacuation of coastal urban areas (about 100,000 people) and by Thursday had already extended the order to interior areas increasing to 650,000 number of individuals who must flee their homes. The evacuation radius will surely continue to grow, but by now it is the largest operation of this class in Florida history.

So far Miami is in the exact middle of Irma’s course, with its core destruction stronger with sustained winds of up to 295 km per hour and torrential rains, and if that route is indeed met, damage can be disproportionate. According to the Miami Herald, in the worst of Florida scenarios, there could be floods of between three and a half meters and three meters above the ground, covering houses of a single floor up to the ceiling. The first strong winds will reach the south of the peninsula on Saturday afternoon.

Although the numbers vary according to the source, Irma has left at least 20 dead and dozens injured and has not even hit a large territory. The latest fatalities have occurred in the Virgin Islands, where at least four people has died. In Barbuda at least one person has been killed, nine dead in the gala part of San Martin and two in the Dutch part. On the other hand, Barbados and the British island of Anguilla have also confirmed a deceased in each territory.
Santo Domingo and Haiti have been affected, and that Irma has gone quite far from them. Cuba and the Bahamas could receive strong flicks this Friday. This afternoon Irma has descended on the Turks and Caicos Islands. The damage is not yet known. But prediction models point to Florida as the destination for the full impact of the hurricane, the land falls on Saturday afternoon entering the keys – evacuated on Wednesday – and wrapping the entire east coast of the peninsula. The US Navy has ordered the evacuation of more than 5,000 people – soldiers, civilians and relatives – from its naval base in Key West – the last town of the keys – and only fifty officers will remain.

The director of the Emergency Management Agency, Brock Long, has stated that the Florida coast “has never experienced a hurricane like this” and has predicted that it will be “truly devastating”. President Donald Trump has been “very concerned” on Thursday and has said that the US “is as prepared as possible”. And this Thursday night he wrote again on Twitter: “I encourage all those who are on the path of Hurricane Irma to follow the advice and orders of state and local authorities”. The White House and the whole country are living in vile the evolution of Irma, still traumatized by the catastrophic floods that caused last week in Texas Hurricane Harvey.

In Florida, specifically in Miami, the great fear is also water. It is a territory flush with the sea and every year that passes, with the level of the ocean rising slowly but without pause, it is more prone to flooding. Nobody can predict what can happen in places like the famous island of Miami Beach or in Key Biscayne, inhabited areas and with a very high economic value, if the vortex of Irma crashes against them with its current category of force five – maximum degree cyclonic – or with level four, the most that is estimated to degrade before arriving.

Authorities have launched a formidable deployment of federal, state, and local resources to help the population, from south to North Florida’s prepared shelters to 7,000 National Guard rescue teams enlisted to act from this Friday and a hundred emergency helicopters. Airlines like American or Delta have increased their frequency of flights and places in Florida to facilitate the evacuation before the airports close. Seven cities around Okechobee Lake also have evacuation orders.

According to estimates by disaster analysts, Irma’s costs in Florida could exceed $200 billion, more than Hurricane Katrina. Water and wind could crush areas with a huge concentration of wealth like Miami, Fort Lauderdale or West Palm Beach, where is the Trump Mar-a-Lago mansion.

The most palpable example of what Irma can do is the small eastern islands of the Caribbean. The 95% of Barbuda, struck by the eye of the typhoon, was devastated. “It makes me want to cry”, Prime Minister Gaston Brown said. There was only one dead. In San Martin and San Bartolome, also demolished by the wind and flooded, there were at least four dead. In these three islands, work on the search for corpses is still ongoing.

The case of Puerto Rico also illustrates Irma’s overwhelming strength, but in an indirect way. The center of the hurricane passed 80 kilometers from its coast and that was enough to cause at least three deaths, to force 7,000 Puerto Ricans to take shelters and to leave without electricity to a million people and without running water to 220,000 in a country that, still on top of it, is experiencing the worst crisis in its history, bankrupt and with a debt exceeding 120,000 million dollars.

The Dominican Republic and Haiti suffered less from the hurricane this Thursday morning. In the Dominican Republic, almost all of the country was alerted and 19,000 people were evacuated – including thousands of tourists evacuated to safer island regions. In Haiti, where more than 500 people died in 2016 in the wake of Hurricane Matthew, 793 shelters were opened and there were severe floods and roadblocks.

Cuba, which awaits Irma on Friday, has activated its civil protection mechanisms in the east and center of the island and remains on high alert since the center of the hurricane could strike a large part of its territory. From there, Irma will ascend to Florida, the peninsula to which its monstrous power seems destined.