The launch of the new models of the iPhone is approaching and the rumors in the web increase with the running of the hours. 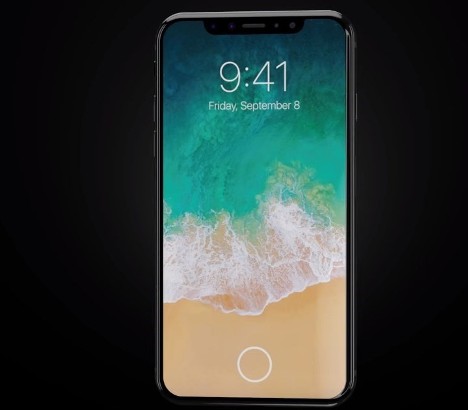 However, it seems that the forecasts are more serious after Apple product analyst Ming-Chi Kuo of KGI Securities has made ten predictions related to the debut of the iPhone 8, iPhone 7s and iPhone 7s Plus, Which are expected to come out soon.

According to information, the new Iphone 8 will be the industry leader for its OLED technology from edge-to-edge display and will replace the Touch ID with the 3D facial recognition.

While the iPhone 7s and 7s Plus models will keep the same body and LCD screen, the new iPhone 8 will surprise with a 5.8 inch full OLED screen, with a usable area of approximately 5.2 inch.

In addition, it will feature a virtual home button, as in the Samsung Galaxy S8 model, but will not support fingerprint recognition.

Kuo points out that the Touch ID will not be incorporated into the OLED smartphone’s display, but does not mention whether it could be located on the back of the device, as previously rumored.

The incorporation of the 3D facial recognition scanner means that Apple would remove the Touch ID and bet on a new form of bio-metric security, which would make a scanner in three dimensions of the face.

With this new feature could also buy apps and make payments with Apple Pay. Being a sensor with capacities of three dimensions would be impossible to use it through a photograph, as already happened with other devices.

Ming-Chi Kuo also points out that the model will improve the quality of the selfie, with an improved front camera, and will integrate a series of components with a more advanced sound system. In addition, it will be presented with limited color options to maintain your “boutique image”.

The iPhone 8 and 7s Plus models will integrate a 3GB RAM chip, while the iPhone 7s will be 2GB. All three will have a lightning port and a USB-C Power Delivery for higher load efficiency. Its storage capacity will be 64 GB and 256 GB.

Kuo expects the three models to be unveiled simultaneously in September, and the forecast is that in 2018 there will be a lot of availability of the OLED version thanks to a rapid production program.

2017-07-09
Previous Post: Ten predictions that Bill Gates made 20 years ago and today are reality
Next Post: On Brexit tour, Kate and William arrive in Germany