History shows that Brexit is impossible

The United Kingdom is torn between an isolationist national myth and historical reality, which shows that this country has its roots in Europe… 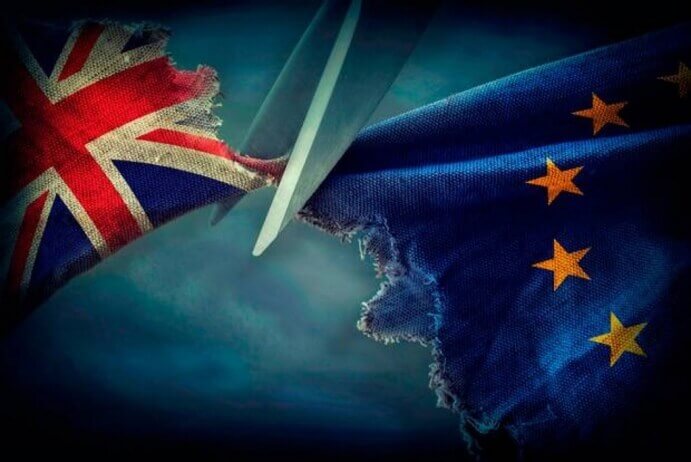 When we talk about the founders of the EU, we always mention Robert Schumann or Jean Monnet, who have even given their name to official buildings of the Community Administration, but we tend to forget one of the most important: the British Winston Churchill, although he also has his own building in Strasbourg.

In 1946, in Zurich, the former conservative prime minister argued that “if Europe could come together to enjoy their common heritage, their prosperity and happiness would have no limits”, in a speech in which he spoke of “the United States of Europe”. But before, at the beginning of the Second World War, he had led an even more important initiative from the European point of view: he defended that the French and British shared the same nationality. His idea was based on principles such as democracy and freedom were more powerful than any flag, the same thought that launched the unit.

However, the conservative politician is also a symbol of the distance that some Britons want to mark with the continent, the idea defended by broad sectors of society that are different from the rest of Europeans. It is not a coincidence that the films about the figure of Churchill, or about the withdrawal in Dunkirk in 1940, have multiplied since the Brexit. The United Kingdom has always debated between these two souls: the image that wants to be built as a country, with the fog in the channel that isolates the continent, and the obstinate reality that shows if the defenders of Brexit want it or not, United Kingdom is an inseparable part of Europe.

No country is an island, not even those that geographically can be. As historian David Edgerton has written in The Guardian, author of “The Rise and Fall of the British Nation”, in 1900, the United Kingdom was a very cosmopolitan place, full of European immigrants. Food came from all over the world, and British coal was vital for the Baltic and Mediterranean nations, while London depended on iron from Sweden and North Africa, its eggs and bacon came from Denmark and Holland, and its newspapers were printed with Scandinavian paper. What Edgerton describes is a union before the Union.

There have always been pro-Europeans, much more in the Labor Party, and anti-Europeans, especially among the conservatives and among the powerful tabloids – The Sun and The Daily Mail have done more than anyone to try to keep the United Kingdom out of Europe. But the sides have never been marked only for ideological reasons and the transfer between them has been constant, as happened with Margaret Thatcher.

In fact, it was a conservative prime minister, Edward Heath, who signed the EU accession treaty, which took place in 1973, and which was ratified by a large majority in a referendum in 1975. But everyone, including the Europeanists, they like to point out the differences. The facts, however, are much more resounding: the United Kingdom is part of the history of the continent and is a European nation more, not only from a geographical and economic point of view, but political.

The British were Romanizaron – although it cost their own, it must be said – and their capital is a heritage of Rome, no matter how much they venerate the Celtic queen Boudica, who rose up against the legions, as reflected a monument in Wetsminster, in the heart of London’s power. The Celts, which nourishes a strange British nationalism that has its roots in the prehistory and to which the British Museum devoted a great exhibition four years ago, they are a people who still hide many mysteries, but about which there is a certainty: they settled in a very important part of Europe in the Iron Age, including the British Isles.

The Bayeux tapestry, which bears the name of the French city in which it is preserved, narrates the Norman conquest of England, while a tour of the center of France reveals that there are as many Gallic and British castles, product of the Hundred Years’ War, because the English kings controlled an important part of the French territory. When French Protestants, the Huguenots, fled persecution, they settled in England, as did many refugees from revolutionary violence or pogroms in the Russian Empire. Not to mention the crucial role of England in the defeat of Napoleon. Even Victor Hugo wrote the wretches in his Majesty’s territory. And, of course, the British fought in the two world wars of the 20th century and thousands of their soldiers, a whole generation, are buried in the Flanders fields.

2019-01-20
Previous Post: 5 Best Ways to Keep Your Site Secure
Next Post: Children with greater hearing sensitivity: how it affects their life and development