The number of accidents and near misses reported in Aberdeen has risen dramatically over the past year. Has the city really become more dangerous? 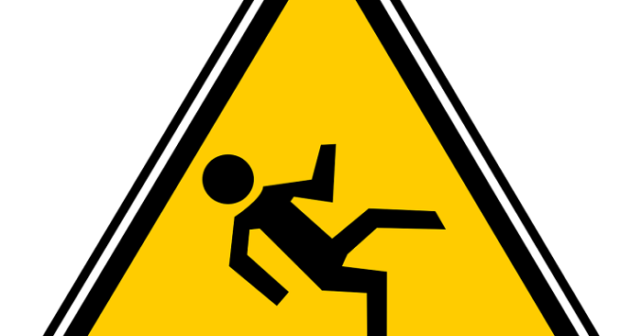 The UK has a proud position as the benchmark nation when it comes to health and safety. Cynics might talk about the “nanny state”, but the fact is that if you work in a high-risk sector such as construction, you are ten times more likely to die at work if you are in the USA or Canada than in the UK.

Put that way, the requirement to sit through a few safety briefings and to display appropriate health and safety signs seems like a small price to pay. However, in one of the UK’s most important industrial cities, there is a worrying trend emerging.

Record number of incidents in Aberdeen

Aberdeen is the UK’s Oil and Gas capital, and as the city commemorates 30 years since the Piper Alpha disaster, this is a city where health and safety is at the top of the agenda. It comes as something of a shock, then, to learn that reported incidents have increased by an incredible 50 percent over the past year.

671 incidents were reported, compared with 450 the previous year, while the number of near misses also increased by a similar order of magnitude, from 386 to 541.

Slips and trips the most common incident

The figures were released by Aberdeen City Council last month, and categorise the incidents by type. While there is a general increase across the board, slips and trips have gone up the most among what people see as “typical” health and safety incidents, rising year on year by 67 percent from 86 to 134.

However, this figure is dwarfed by the increase in personal assaults, which have seen a year on year rise of around 80 percent from 141 to 253.

Are we really getting more violent and clumsy?

These categorisations give a first clue as to what might lie behind the worrying statistics. Have people in Aberdeen really started to assault one another and to fall over in the streets more over the past year? It seems improbable.

It is far more likely that people are more attuned to health and safety legislation than they used to be, and that it is the reporting, as opposed to the incidents, that are on the rise. In years gone by, if someone had tripped over a cable when passing roadworks or been punched by a lairy drinker in a pub, they would, perhaps, have chalked it down to experience and got on with their day.

In 2018, we are far more conscious of our rights in terms of health and safety, and of the obligations of businesses and contractors to provide employees, customers, visitors and passers by a safe environment.

Aberdeen is a city that knows better than most just how important health and safety is, and the tragic consequences that can result from a breach. These new statistics serve as a reminder that the public has less tolerance than ever of any failings. Local businesses would do well to take note, and ensure their procedures are adequate and effective.

2018-07-27
Previous Post: What the hell Trump and Putin talked about
Next Post: Everything that is known about the new iPhone