Harley Quinn to have her own movie

The DC Comics character Harley Quinn will have her own film after the tremendous success obtained with the interpretation of Margot Robbie in the film which suicide squad pleased many fans became fans of attractive villain. 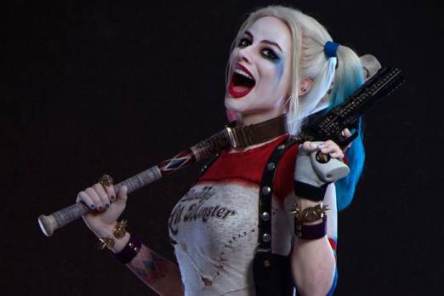 Quinn will have the responsibility of directing this film will cast David Ayer who will be responsible for articulating the adaptation of Gotham City Sirens, which was to become the spin-off of the suicide squad, it is rumored that this time the nice villain will be accompanied by Catwoman and poison ivy.

The project will be financed by Warner Bros, who have heard the cry of the fans that a film only became Harley who without having released the film had already thousands of fans worldwide and dying to see it already on the big screen.

About a month ago media like the wrap and deadline made speculations that the plot of the film was going to be inspired in the Birds of prey series created by Chuck Dixon and Jordan B Gorfinkel in the middle of the nineties, being finally according to information provided By THR the Warner Studios have opted for the creation of Guillem March and Paul Dini which was published in 2009.

It is speculated that the screenwriter of this project would be Christina Hodson, but in the end the choice was Geneva Robertson Dworet who will write the libretto for this super production, which will be produced by Geoff Johns and Jon Berg who expect it to be a great success on the big screen.

The beautiful Margot Robbie will remain Harley Quinn
After recording the suicide squad was anyone’s guess if Margot Robbie would interpret such captivating character, since it had claimed that until she saw a particular project did not know if, it would still be beautiful girlfriend of ruthless Joker.

What if it is not a secret that her character was the most beloved of that film that disappointed more than one, was expected to be a success but did not know to take advantage of the history of each of the characters, however Harley’s was charming and very well played by Robbie.

The villain that represent some of the costumes were more used in the Halloween night of this year, such an impact was the character that many decided to imitate the beautiful Harley, so much so that emerged many memes of how many times it would appear that character in the streets and parties.

Still not revealed if the Joker appears in this edition of Gotham City Sirens, although many wait for it to be so since in the squad the character had no relevance that many wanted to observe, all dying another sees by observing the couple of villains sensation of 2016.

It is already confirmed that Robbie will be Harley but: who will accompany the characters with poison ivy and catwoman? It is speculated that the name of Megan Fox could be the ideal candidate to make the character of Poison Ivy as well as the Mexican Eiza Gonzalez with the role of catwoman.

In addition, Warner Bros has confirmed that he will combine this project with the previously announced sequel to the suicide squad, as well as expecting another spin-off, but with the character of Deadshot, the character who gave life to the talented actor Will Smith, remains to hope if the latter project happens and the same Smith decides to give it life.

It only remains to wait how this story will develop and who will be the final characters that accompany the beautiful Margot Quinn, who steal thousands of hearts with her attractive figure and her peculiar personality.

2016-12-21
Previous Post: 12 killed and dozens injured in the terror attack in Berlin
Next Post: Seven arrested in Australia for planning offenses during the Christmas