Hamas changes their objectives and moderates their position towards Israel

The radical Islamist movement Hamas today presented an update of their founding charter, in which synthesized their philosophy and political objectives. The new document assumes a moderation of their positions, as it continues to legitimize the armed struggle accepts the possibility of establishing a negotiating process and reaches an agreement with Israel based on the borders prior to June 1967. 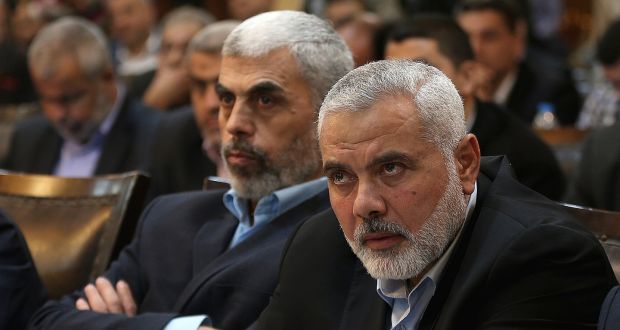 The presentation of the new document, which has an extension of 10 pages and 42 articles, was made by Khaled Meshal, still secretary general of Hamas in exile, Jaled Meshal, from a hotel in Doha. Meshal, who in principle will leave his post at the beginning of this month to facilitate the succession process in the leadership of the movement, added that his struggle is not against the Jewish people or against the Hebrew religion, but against Zionism, understood this as a Colonialist and expansionist political project. In this sense, it opens the possibility of negotiating with Israel, as long as it is willing to accept some of the conditions demanded by the Palestinians.

Until recently, Prime Minister of Hamas in the Gaza Strip – and leading candidate with Musa Abu Marzuk to succeed Meshal at the forefront of the movement in the outside – Ismael Haniye insisted that “the new document will not erode our objectives nor change our strategy”. In a public intervention in Gaza City, Haniye said that “the capital of Jerusalem, the right of return of refugees, national unity and the right to resistance continue to be our fundamental principles”.

Speaking on behalf of the Israeli Government, Public Security Minister Gilad Erdan denied that anything has changed from a doctrinal point of view, despite having omitted maximalist articles as to its intention to take control of all territory “between the Jordan River and the Mediterranean Sea” and other articles markedly anti-semitic. “It is a question of smoke screen, since Hamas continues to invest all their resources not only to prepare for a war against us but also to instill in the children the desire to destroy Israel”, said in a statement the office of Benjamín Netanyahu, also coinciding with the celebrations of Yom Hatzmaut, the Declaration of independence of Israel in May 1948.

Although the new letter has been the result of debates over the last two years, the timing of the new letter clearly has to do with the imminent visit to the White House by Palestinian Authority President Mahmoud Abbas. The modification of the founding charter of the Islamist movement could allow the Palestinian president to obtain some kind of support from Donald Trump for the reactivation of the peace process.

2017-05-01
Previous Post: Nintendo launched the New 2DS XL, a new economic model of its portable console
Next Post: This is the world’s fastest camera