After Vladimir Putin and WikiLeaks, the FBI has decided to interfere in the US electoral process in favor of Donald Trump. That’s what insinuates the Democratic Party after the letter of the FBI director, James Comey, announced Friday that the Senate is examining new emails of Hillary Clinton. The Democratic candidate has called this decision “unprecedented” as “deeply disturbing”. “It is strange that published some of these features with so little information, just before an election, has warned Clinton during an event in Florida”. 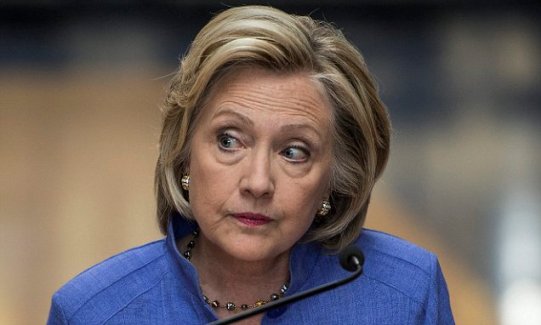 Unlike Russia, it is not an official accusation. But it is handy. US Vice President, Joe Biden, said this Saturday to CNN that the FBI should “spread the emails, to see them all. Then continue the investigation without any prejudice”. It is the same as Clinton had claimed on Friday. On Saturday, her campaign manager, John Podesta, has called the letter of Comey’s “stingy in facts and generous in malicious insinuation”. And the Justice Department has leaked that he had opposed Comey to disseminate research on emails, because it could affect the outcome of the elections. The FBI organically dependent on the Department of Justice, but it is independent of it.

The email
In 2009, Hillary Clinton is named Secretary of State and offered an official mobile phone and an email address. Clinton rejects both. She does not want the phone because, as she would say later, does not want to carry two devices: one for personal use and another for her activities as a maximum head of US diplomacy. With email, does something strange: change address, which was free and offered by the Blackberry company hrd22@clintonemail.com.

The server
In 2009, the domain @clintonemail is hosted on an Apple Macintosh computer at the home of Hillary and Bill in Chappaqua, New York, and in which Bill Clinton also has hosted his email. As the data load from the Secretary of State is very large, they buy extra two units from Dell. Two employees of Bill and Hillary Clinton are responsible, part-time, for the system maintenance. In 2013, when the government has already left, Hillary hires the company Platte River Networks to deal with her server. Platte River Networks moved the server hosting from the Clinton home to their center in New Jersey. All email data of Hillary go from one server to another.

Why is this so problematic?
Because Clinton opened the door to enter into her system and steal data. If those data contain classified information, it could have been even prosecuted and go to jail. The servers centralize those communications online; therefore there constitute targets much coveted by the ‘hackers’. That means that a Secretary of State should use Government which, supposedly, they are safer. On servers and emails administration also no reinforced security systems that prevent the deletion of emails. Although there is no evidence that Clinton email was ‘hacked’, the risk to which is exposed is brutal. The FBI has exonerated Clinton officially of any criminal conduct, although it has described as “extremely irresponsible” management of their communications.

How the scandal was discovered?
In May 2013, five months after Hillary has left the post of Secretary of State, an investigation of the US Congress about the attack on the consulate of that country in the Libyan city of Benghazi in September 2011, discovers that Clinton has not been used even once their official email. Since then, now-candidate team and the Department of State have handed over more than 60,000 emails, overwhelmingly with little relevant information. Clinton erased “by mistake” other 32,000 emails.

And now, what happened?
The FBI is investigating for alleged sexual abuses to Anthony Weiner, a married former Democratic congressman – although separators of Huma Abedin, the most trusted person of Hillary at the State Department and in the election campaign. And in the mobile of Weiner has found several emails of Hillary from the time when she was secretary of state. It is likely that these emails were between Clinton and Abedin. The FBI is now reviewing those emails to see if there is classified information in them.

2016-10-30
Previous Post: 38 civilians killed in two days by attacks in Aleppo, Syria
Next Post: Gareth Bale extended his contract with Real Madrid until 2022