The German Chancellor, Angela Merkel managed a consensus qualified of “sensible” within the grand coalition government to appoint the foreign minister, the social democratic Frank-Walter Steinmeier, as president of the country. 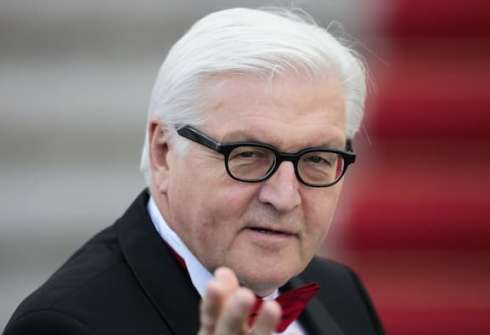 Both the Christian Democratic Union (CDU) of Merkel and its joined Christian Social Union (CSU) in Bavaria will support the candidature of the minister as successor in office of the independent Joachim Gauck, indicate sources of the parties, after the internal consultations held this Monday by both formations.

The conservative lines will endorse this way the proposal arisen from the Social Democratic Party (SPD), whose leader, Vice Chancellor and Economy Minister Sigmar Gabriel, called Steinmeier of “the best candidate” for the post.

Steinmeier is an “experienced” political in foreign policy and has besides wide acceptance among citizens, Gabriel stressed Monday in a statement to the media.

Along with the grand coalition, they have announced their intention to support the Greens and Liberals, so that probably only one nomination submits Left and, occasionally, the radical right Alternative for Germany (AfD).

The Minister is in Brussels, like other foreign ministers of the European Union (EU), so that until tomorrow is not expected in Berlin a joint declaration between this, Merkel, Gabriel and expected the leader of the CSU, Horst Seehofer.

Steinmeier has been foreign minister with Merkel both in this term (2013-2017) as the first conservative (2005-2009) and was a candidate for the Chancellery of the SPD (2009), although it had the worst results in the history for his party.

The election of the new president will take place on February 12, which will be convened a session of the Federal Assembly, mixed Chamber consisting of members of the Bundestag over the same number of representatives of the “Lander”.

Gauck, 76, announced a few months ago his intention not to run for a second term on grounds of age. Conservatives and Social Democrats then launched the search for a common candidate trying to settle this decision with the least possible collateral damage, to prevent the issue clouding the general elections to be held in September 2017.

The president of Germany is representative, but their choice is seen as an opportunity to measure the forces between the parties before the race to the Foreign Ministry, to which no formation of the grand coalition has defined who will be their candidate.

Merkel, in power since 2005, remains open if he will opt for re-election for what would be his fourth term, which is attributed to tensions between the conservative ranks around his leadership.

2016-11-14
Previous Post: France remembers the victims of the attacks in Paris
Next Post: Egyptian court overturns the death sentence against the former President Morsi