Gareth Bale extended his contract with Real Madrid until 2022

In a statement posted on their website, Real Madrid reported that the club and the player have agreed the contract extension, so that Gareth Bale “is tied to the club until June 30, 2022”. 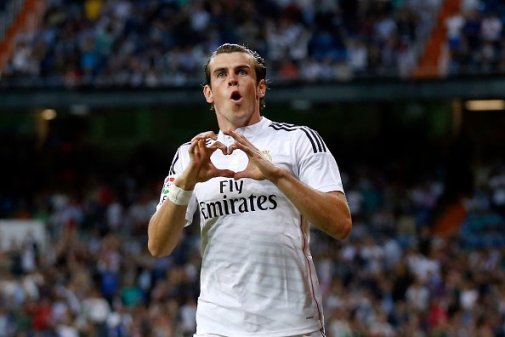 Real Madrid extends its policy of renovation and after expanding ties with Toni Kroos, Luka Modric and Lucas Vazquez, now turn to Bale, and in the coming days will become official that of Cristiano Ronaldo.

Bale is the last ‘galactic’ signing of Real Madrid President Florentino Perez. After debuting in professional football without having served 17 years, in the Southampton that in 2006 disputed the silver category of English football, the Welsh end gave the leap in quality at Tottenham.

Six seasons in which grew into a left lateral pursued by all the greats of Europe for his performances in English football and stellar appearance in the Champions League. Real Madrid won the pulse and 1st September 2013 Real Madrid club announced a signing that exceeded the barrier of 90 million euro.

In his debut on 14 September, in El Madrigal stadium against Villarreal, Bale contributed a goal playing as a winger, revealing the weight that would have on the Real Madrid. Winner of two Champions Leagues of three disputed, player of the end with a goal for the history in the final of the Copa del Rey 2014 against Barcelona and a career by band that captured all their virtues to give the title. Two Supercups in Europe and one club world Cup complete their white history.

After Cristiano Ronaldo the great reference of Real Madrid is Bale, who always took a step to the front in leadership when there was absence of the Portuguese, and that keeps on fattening numbers way of equaling his name to legends of the club. He has played 135 games, scoring 62 goals. and distributing 48 assists. In the club will point out as a future Ballon d’Or.

2016-10-31
Previous Post: Guide to follow the new emails scandal of Hillary Clinton investigated by the FBI
Next Post: 30 people trapped by strong explosion in a mine in China