French police have arrested four people, three men and a 16-year-old woman, suspected of planning a suicide attack in Paris. 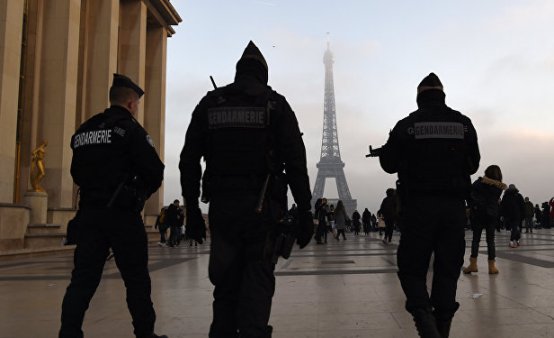 According to reports from ‘Sky News’, the four were arrested in the city of Montpellier, southern France. Apparently, a young woman was going to activate the explosive belt in a tourist area of the French capital. The other detainees are the girl’s boyfriend, intellectual alleged perpetrator, and two accomplices.

“The four suspects were arrested after buying acetone”, which may have used in making an explosive device, according to a police source, to carry out a “frustrated planned attack”.

Among them, the 16-year-old appeared in social networks, after expressing the desire to travel to the Syria and Iraq zone, and hit France.

In the register made in the house where they were arrested the Police has found explosive material and computer equipment. In particular, agents of the anti-terrorist brigade found 70 grams TATP, a powerful explosive, but also one liter acetone, another of hydrogen peroxide and sulfuric acid, a material that can be used to build explosives.

Those arrested may remain in custody for 96 hours, before they must be presented to a judge who will determine their possible imputation.

France, which has been in a state of emergency since the jihadist attacks of 2015 and 2016, continues to face a “very high” terrorist threat, according to the authorities. On February 3, a 29-year-old Egyptian attacked, with a machete in each hand, in the gallery of the carousel of the Louvre museum in Paris, shouting “Allahu Akbar” (Allah is the greatest).

2017-02-10
Previous Post: Millennials Continue To Opt For Renting, But Are They Protecting Their Assets
Next Post: Wave of arrests of immigrants in the United States: more than 150 detainees