Gerard Collomb, French interior minister and first-time ally of Emmanuel Macron, has led the French president into a new government crisis after a radical resignation that casts doubt on the president’s ability to keep his team united. Collomb, who wishes to return to his former position as mayor of Lyon, insisted on Tuesday, for the second consecutive day, to present his resignation. And this time he succeeded. 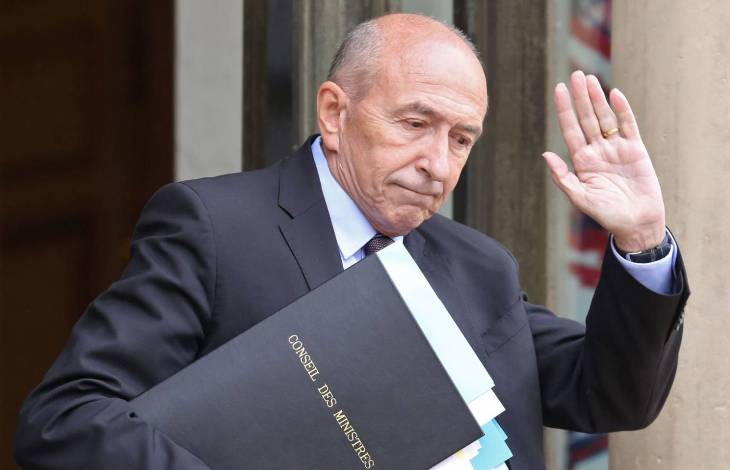 On the first occasion, Macron had rejected him. In the second, and after delaying the answer several hours, he ended up accepting, and resigned himself to losing one of the essential parts of the macronism. The veteran mayor was one of the first figures of the Socialist Party to support him in the campaign for the presidential elections of 2017.

“I keep my proposal to resign. Yes, I’m going back to Lyon now” – confirmed at 00.36 on Wednesday, local time, that Macron finally accepted the will of one day was one of his trusted men. It will be replaced provisionally by Prime Minister Edouard Philippe, until a substitute is appointed.

The challenge to Macron is unusual. First, because of the loss of someone who, because of the position he occupied, was a heavyweight, although he always maintained a modest profile, and he shined a little. The Interior Minister is called the first French cop. It is a position that, in the past, has catapulted its occupant to the post of prime minister, such as Manuel Valls, or even that of president, such as Nicolas Sarkozy.

The challenge is unusual, too, for the ways: a kind of comedy of entanglements inappropriate for a theoretically managed government in an orderly and above all vertical, where nobody moved without the approval of the head of state.

In recent comments to the press, Collomb had complained about Macron’s elitism and disconnection with provincial France. “There are not many of us who can still talk like him. Those who speak frankly to Macron are those who were there from the beginning”, he said a few days ago. “In any case, it will end up not being able to stand me”.

During his tenure, the minister defended the toughest measures against undocumented immigrants. He distanced himself from the president after revealing the case of Alexandre Benalla, the security chief of Macron who on May 1 was recorded assaulting protesters.

Collomb already said, two weeks ago, that after the European elections of 2019 he would retire to appear for the mayor of Lyon, but now he wants to advance his departure, and the Elysee seems to have yielded to his will. It assumes that it is a matter of hours, and that we only need to find the name of the substitute. The current mayor of Lyon, Georges Kepenekian, resigned to allow Collomb to take over.

In August, another key piece of government, the Minister of Ecology Nicolas Hulot, resigned. Hulot and Collomb were two of the president’s most valuable allies. The first one, because of his popularity in France, where he was a television star and still enjoys an authority in the country when he comes to the environment. Collomb, because he belonged to the inner circle of Macron and until this beginning of the course had exhibited an unshakable loyalty. Both also resigned in a heterodox way: Hulot, announcing it by surprise and live on the radio and without notifying the president beforehand; Collomb, sowing confusion for weeks and announcing it in a sequenced and equivocal way.