Four young people were killed and thirteen others injured Sunday in an attack with a truck into a group of Israeli soldiers in East Jerusalem. 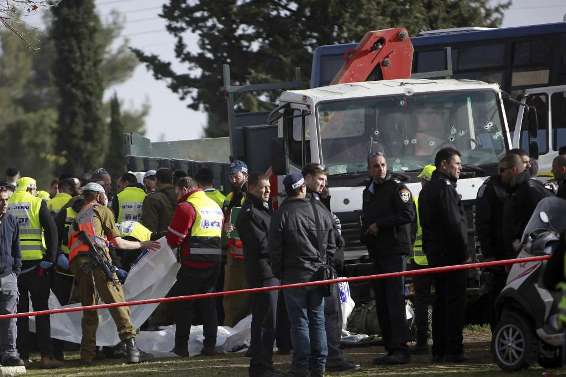 The authorities have not confirmed the identity of those killed and imposed censorship on the details, but local media have reported that at least three of the dead were soldiers.

Red Star of David (equivalent to the Red Cross) has confirmed that it is three women and a man, all ages close to 20 years.

The driver has died shot by the securities force after precipitating the vehicle weighed against a group of young soldiers who were descending from a bus in a walk with a view to the Old City of Jerusalem.

The Palestinian news agency Ma’an has identified the bomber as Fadi Ahmad Hamdan, a Palestinian resident of the neighborhood of Jabal Mukaber, adjacent to the place where there was the attack, near the Israeli settlement of Armon Hanatziv, in the occupied Palestinian territory in the eastern zone.

Also 246 Palestinians have been killed since October 2015, more than two thirds shot by perpetrating attacks or alleged attacks and the rest in clashes with Israeli forces.

2017-01-08
Previous Post: LG committed for a television as thin as paper
Next Post: Meryl Streep lashes out against Trump at the Golden Globe Awards