For North Korea, “at any moment a war can be unleashed”

The Director General of International Organizations of North Korea, Kim Chang-min, said today in an interview that the situation in the region is “extremely dangerous” and at any time may trigger a war. 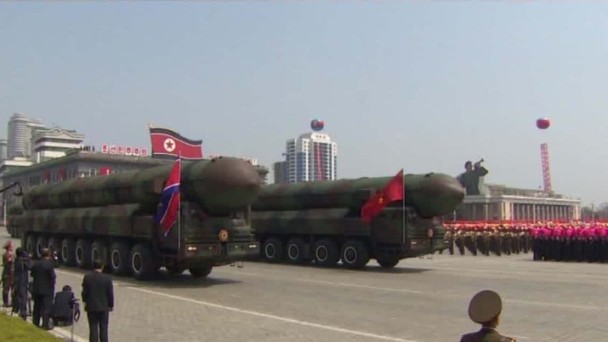 “Today in the Korean peninsula has created an extremely dangerous situation in which no one can predict when it will be out of control and lead to a total war”, said the senior foreign ministry official in Pyongyang.

Kim blamed the current tensions in the region for the United States. And said that the US vice president has said in his visit to South Korea that he wants to defend his Asian allies, but in reality he is looking for “a pre-emptive strike to overthrow the North Korean regime”.

The number two of the White House threatened today in Seoul to North Korea to make use of the “determination” shown by the Government of Donald Trump in recent attacks in Syria and Afghanistan, and noted that Washington will not tolerate new test of North Korean weapons.

In that regard, Kim said that “it would be a mistake to expect North Korea to respond as Syria, which took no action after being attacked by the United States”.

“Washington says that there are all the options on the table. Not only them, we also have our own options”, said the senior North Korean official.

In relation to the last test of missiles realized by North Korea last Sunday, that was failed and that the authorities of Pyongyang have not confirmed, Kim said this type of test are part of the North Korean weapons program.

“The strategy of the Democratic People’s Republic of Korea (DPRK) is to carry out the construction of weapons and economic development simultaneously. These nuclear launches and tests are the normal process to meet these two objectives at the same time, he pointed.

Kim also denounced the economic sanctions imposed by the UN Council on North Korea in response to their latest nuclear tests and missile launches are “illegal” and said that the fact that they have been supported by their traditional allies such as Russia and China.

“We will never accept the sanctions that have been imposed on us. If nuclear tests are a threat to world security, the United States would be the first to be sanctioned”, he said.

2017-04-17
Previous Post: London: “attack” with acid in a nightclub full of people
Next Post: The flying taxi Lilium completed its first flight without a pilot