In London, in the footsteps of Harry Potter

20 years ago the first book of the Harry Potter series was published: in June 1997 it reached the bookstores “Harry Potter and the Philosopher’s Stone”, a fantastic novel written by the British JK Rowling that reached international fame, translated into 65 languages and was the first of a successful series. 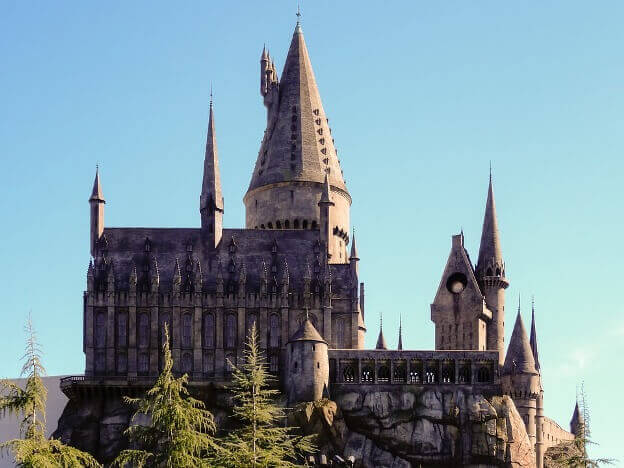 The Harry Potter universe created a parallel world of fanatics obsessed with spells and their characters. The deadly muggles who have magical powers – usually move every year to London, England, to know the real and fantastical world of this little wizard.

Following in the footsteps of Harry Potter, here we offer a selection of places and important events in the English city (although there are many more!).

1. The studies. We start at 32 kilometers from London, at the Warner Bros. Studio Tour London – The Making of Harry Potter, it is an experience that invites you to discover the best secrets of the saga through a fascinating journey through the scenery like the great dining room or Diagon Alley, part of the original costumes and how some special effects were used. For those who do not have a car, they can use a bus service or trains that take you to the same place.

2. King’s Cross. In London, platform 9 at King’s Cross Station is another landmark. The terminal is a major rail and subway station in the heart of the English capital, dating from 1852, but recently remodeled. The lobby with a semicircular vault 20 meters high and 150 meters long is spectacular.

In the novel, from here leaves the Hogwarts Express towards the Hogwarts School. Only witch apprentices can access the convoy by crossing a wall. Actually, this wall is under the arch that is between platforms 4 and 5, and curiously, right next to the entrance to the platforms 9 to 11, there is a luggage cart that disappears magically by the wall.

Also here is a branch of the Harry Potter Shop – it looks like Ollivander’s wand shop in fiction – which delights the most fanatics.

3. Foreign affairs. The location was shot at the nearby St. Pancras station. It is one of the most beautiful stations in the city since it has an imposing front of gothic revival of red brick that dates back to 1898.

4. Celebration Library. Nearby, the British Library celebrates 20 years of the magician with an exhibition inspired by this saga called “Harry Potter: A History of Magic”.

It will be open from October 20 until February 28, 2018. To learn more about magic, the library displays rare books, manuscripts and magical objects.

5. Diagon Alley. A walk through the Leadenhall Market will transport us to the fictional Diagon Alley, a thoroughfare full of spell book shops, potions, or any other thing of a wizard needs to buy. To get there first you must access through the door of “The Leaky Cauldron”, a tiny and grimy pub for magicians that can be recognized in the blue door optics located in Bull’s Head Passage.

In addition, it is an opportunity to get to know one of the oldest markets in the city, which was remodeled in 1881 to become an authentic Victorian market. It is a magnificent glass and wrought iron structure, a cultural heritage building.

But there are two other locations that appear in the later films, and also represent this alley: Charing Cross Road and Cecil Court, for those who decide to see everything.

6. Saint Paul’s Cathedral. The Cathedral of St. Paul is in itself worth a visit. It is the second largest cathedral in the world masterpiece by Christopher Wren.

Probably the biggest attraction of the cathedral is its large dome which is accessed after climbing more than 500 steps, but for Potter fans, the focus is on the spectacular staircase in the southwestern tower of the cathedral, here is where the students climb the “divination staircase” to gain access to Professor Trelawney “divination class”.

7. Piccadilly Circus. You can follow in the footsteps of Harry, Ron and Hermione touring the streets of London in “The Deathly Hallows”.

This place is the true center of the city, where the huge neon signs and the statue of Eros stand out. It is also very close to Regent Street and Soho.

8. Toy store. And it is precisely at Regent Street that you can visit one of Hamley’s largest toy stores with eight floors of fun, one of which is dedicated to Harry Potter.

9. Theater. And if there is time, you can see the two parts of the play “Harry Potter and the Rise of the Dark Legacy” written by the British playwright Jack Thorne, based on an original story by JK Rowling that tells the life of the protagonist 19 years later. At the Palace Theater, the same day (morning and afternoon) or two consecutive nights.

10. Sleep like Harry Potter. To end the day, nothing better than sleeping at The Georgian House, a hotel inspired by the magical life of Hogwarts, with four-poster beds and gothic windows.