Everything that is known about the new iPhone

It is the end of Apple’s boring leadership, which has accustomed us to throw a new model of intelligent phone every autumn, with slight tweaks of design and improvements in performance. The routine began to break last year with the experimental iPhone X; and all the rumors and leaks suggest that in 2018 there will be three new models, something that Apple has never done and that will be the first major revolution in its range of mobile phones since 2014, when it launched to manufacture large phones. 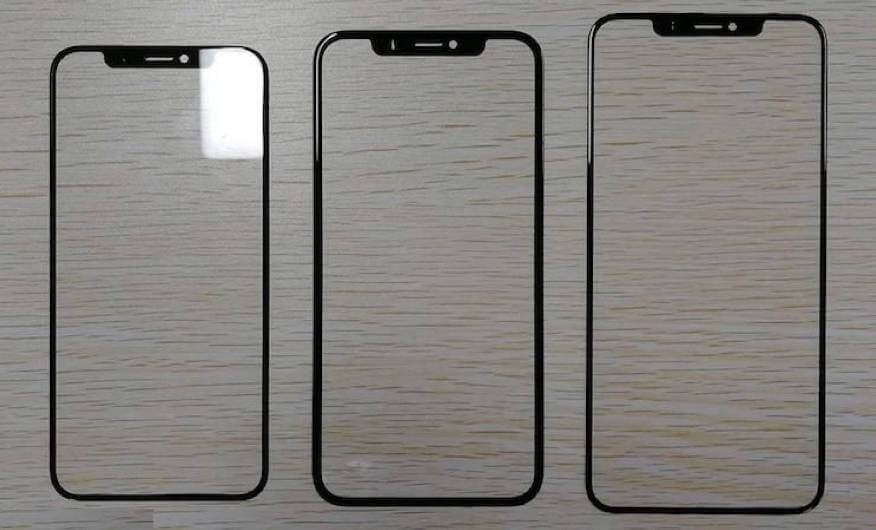 Last June, Ming-Chi Kuo – the most prestigious analyst of the apple company – gave solidity to those rumors of three new models, which would start with a 5.8-inch screen (like the current iPhone X), accompanied by two others of even larger size: 6.1 and 6.5 inch, respectively. And the recent leaks of supposed components of those displays seem to confirm that prediction.

According to Kuo and other analysts who have been trying for months to anticipate the following movements of Apple – for that they watch the suppliers that at this point have already begun to secretly manufacture the new models, the 5.8 and 6.5 inch will have OLED display (like the iPhone X), while the 6.1-inch will have an LCD screen (like the iPhone 8, but with a significant improvement).

The use of a more modern LCD technology would allow Apple to make the screen occupy almost the entire front surface of the phone and so the new three models of 2018 may have the same “frameless” design of the iPhone X, including its controversial chin. That notch on the screen is occupied by a complex system of cameras and sensors that, beyond making selfies, allow unlocking the phone by facial recognition. And according to just published Forbes, has been detected a huge increase in the manufacture of these sensors, which would confirm that Apple will generalize its great innovation of 2017.

All that would mean saying goodbye to its iconic start button (present from the original iPhone of 2007 to the iPhone 8) and bet definitely to replace the fingerprint identification (integrated in that button from 2013) by facial recognition. That is one of the technological terrains in which Apple has a greater advantage over Android phone manufacturers, which have not yet achieved a system reliable enough to banish fingerprints.

Instead, Huawei was ahead of Apple this spring with the triple rear camera of its model P20, which allows more optical zoom and opening of the objective. That is to say, among other things, it takes much better photos of distant objects and scenes with little light.

That must hurt Apple, who has always boasted that their phones do the best photos (although they have not had the best cameras for years). And one of the great unknowns of the new range of iPhone for 2018 is if any of them will come with triple camera. That could be the great claim of the larger model, 6.5 inch, which before birth has been dubbed as iPhone X Plus. However, most analysts agree that there will be no triple cameras until 2019; so, if this is true, Apple is forced to contrive to continue innovating with the double camera that will have, that sure, the new 2018 iPhone X (5.8 inch) and also the alleged model of 6.1 inch. Many analysts already call iPhone 9 to this last model.

Some rumors suggested that Apple could dare to replace with a USB-C port (like its laptops) the only connector left in their iPhone, called Lightning, but this still presents advantages that make the change unlikely. Yes they sound more reliable leaks that point to all the new models of 2018 will bring in their box an 18-watt USB-C charger, which will allow recharging phones twice as fast as with the current 5-watt USB charger. With this improvement Apple will try to please its users, who should not expect a great jump in battery life, but some improvements because in those larger phones can fit larger batteries and the energy savings that will bring the operating system iOS 12 and the new processors.

In the chapter of boring news, as every year will present a new generation of processors designed by Apple itself to be the engine of their mobile phones (in 2018 will be the A12), which will also incorporate new chips for their connectivity to networks of telephony. While waiting for the arrival of 5G technology from 2020, will allow a greater speed of Internet connection in those places where there are 4G networks of last generation.

In addition, one of the last barriers of Steve Jobs’ Apple could fall. So far, only two SIM cards can be used at the same time on Android phones, which could change if one of the new models incorporates an internal virtual SIM, which can operate the phone with another operator than the physical card, and without needing to extract it, according to some rumors.

The analyst Ming-Chi Kuo is clear: Apple will launch a more aggressive pricing strategy, lowering the new iPhone X to 800-900 dollars (the current costs 1,000 dollars), while the iPhone X Plus would cost from 1,000 dollars. The so-called iPhone 9 would start at 600-700 dollars and would take the place of the current iPhone 8.

If the market niche occupied by phones that cost less than $500 can be called that, and in what is now Apple’s cheapest phone, the iPhone SE ($350, 4-inch screen), it will most likely disappear that model based on the old design of the iPhone 5 of 2012. Although it has come to speculate with the launch of an iPhone SE 2 – which also has the “frameless” design of the iPhone X and facial recognition – that would be really surprising.

And the iPhone SE?

For its cheaper smartphones, Apple never uses new designs, but instead resorts to cutting down models that it has been manufacturing for some time, such as the current models with 4.7-inch screen (iPhone 7 and 8) and their brothers over 5.5. inch (iPhone 7 Plus and 8 Plus). Analyzing the strategy of Apple in recent years, the most consistent thing is to start its new range of mobile phones with these reduced models, since its assembly leaves wide profit margins.

And, in the midst of many rumors and some leaks, in the deep renewal expected for the iPhone in 2018 there are several trends that are taken for granted: larger phones, and with the design and facial recognition released in the iPhone X. But there is another thing that is not going to change, no matter how hard the balloon of fancy rumors: the first goal of the technological giant is to continue increasing its profits and maintain that leadership in mobile telephony, be more or less boring.