The Catalan nationalists will not find any support in Europe. For months they repeated that “the EU is pragmatic” and that as soon as they declared independence they would be recognized. But this Friday they only heard a strong rejection. Also, the USA joined the criticism. The international sympathy that they had obtained for the images of the Spanish police forcibly preventing the consultation on October 1 came to nothing when the European chancelleries positioned themselves. 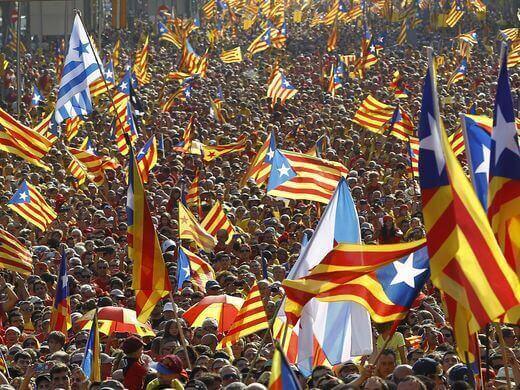 The institutions of the European Union rejected in chorus the declaration of independence voted in the Parliament. Brussels has been warning for weeks against this unilateral movement and making it clear that an independent Catalonia would be left outside the bloc. Most of the press releases also added their support to the measures taken by Madrid.

President of the European Council, Donald Tusk, said that “nothing changes for the European Union” and that “Spain remains our only interlocutor”. Tusk asked the government of Mariano Rajoy to prioritize the force of the arguments in force.

The president of the European Commission, Jean-Claude Juncker, said that “he respects all the decisions made by the Spanish government”. This declaration is the European approval for the suspension of the Catalan Autonomy decreed by the Spanish government after receiving authorization from the Senate. Juncker added that “the EU does not need more cracks, more fractures”.

The president of the European Parliament, Antonio Tajani, said that “the declaration of independence is contrary to the rule of law, the Spanish Constitution and the Statute of Autonomy of Catalonia, which are part of the legal order of the European Union. Nobody in the EU will recognize that statement”.

Angela Merkel published a statement rejecting “the unilateral declaration of independence of the regional parliament”. The German government “supports the clear position” of the Spanish, defends “the constitutional order” and “the sovereignty and territorial integrity of Spain”. The statement added the concern “derived from the unconstitutional declaration of the Catalan parliament”. French President Emmanuel Macron offered his full support to Rajoy. “Our only interlocutor with Spain is Rajoy. Spain is a state of law with constitutional rules. Rajoy wants to be respected and has my full support”.

London did not give any hope to the nationalists either. A spokesman for Prime Minister Theresa May said that the British government “does not recognize and will not recognize the unilateral declaration of independence made by the Catalan regional parliament. We want respect for the Constitution and the unity of Spain”. London recalled that the declaration of independence “is based on a vote that was declared illegal by the Spanish courts”. Italy also did not accept the Catalan declaration. Foreign Minister Angelino Alfano said that the decision of the Catalan Parliament was “very serious” and that the Italian government “condemned it”.

For NATO, “the Catalan question is an internal matter that must be resolved within the Spanish constitutional order”. The Washington communique, in turn, reiterates its support for Madrid: “Catalonia is an integral part of Spain and the USA supports the constitutional measures of the Spanish government to keep Spain strong and united”.

The only government that showed some equidistance was the Belgian. The Prime Minister Charles Michel, who is holding power with the support of Flemish nationalism, called for dialogue without going into the assessment of the illegality of the Catalan declaration.