Eight found dead in a truck in Texas

At least eight people were found dead and 20 others injured in a truck parked in San Antonio, Texas, said Tuesday the US police referred to the incident as a case of human trafficking. 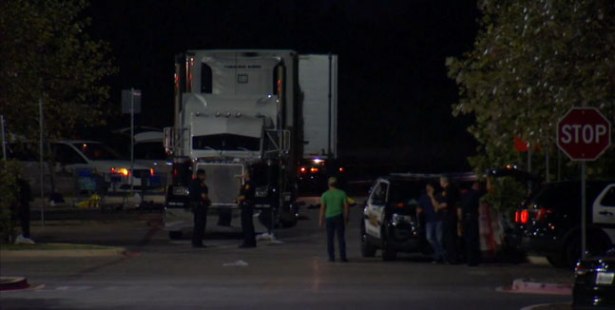 The vehicle was on the parking lot of a Walmart supermarket. The wounded were taken to hospital, some in critical condition, were young and adults between 20 and 30 years old, said the police chief of San Antonio, William McManus, in a press conference.

While authorities do not confirm, according to local media, there are at least two minors among the dead.

The truck driver was arrested, the police officer said, he explaining that a call was received from a supermarket clerk because a person on a truck approached him to ask for water.

“The worker returned with the water, called the police and when we arrived we found eight people dead in the back of the trailer”, said McManus, who said that “there were at least 38 people inside the vehicle”.

The police spokesman explained that among the 20 wounded there were some in “critical or very serious” and that they had been transferred by helicopter to several nearby hospitals. The other eight people who were in the vehicle were treated minor injuries.

The fire chief of San Antonio, Charles Hood, said the vehicle air conditioning did not work and there was no water. “They were too hot to touch”, Hood said of the victims, without specifying how much time was the truck parked in San Antonio.

McManus explained that the police consider the case “a human trafficking crime” and that “the Department of Homeland Security is involved in the investigation”.

“We will work with them to determine the origin of this horrible tragedy”, he added.

2017-07-23
Previous Post: On Brexit tour, Kate and William arrive in Germany
Next Post: The Israeli prime minister under pressure for clashes that left eight dead