The Egyptian Courts of appeal has overturned this Tuesday the condemnation to death against the Egyptian ex-president, Mohamed Morsi, issued in May 2015 by escape from prison during the riots that forced the resignation of Hosni Mubarak in 2011. 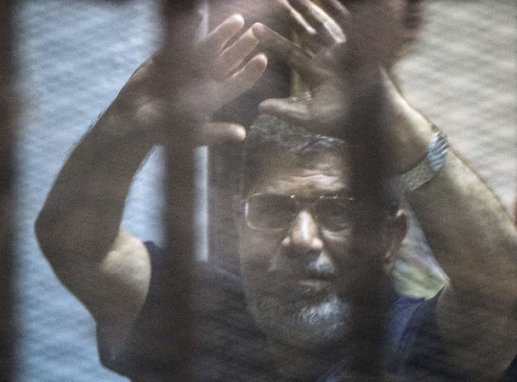 Next to Morsi, overthrown by the coup of 2013 contrived by the current Chairman and former chief of the army Abdel Fattah el-Sisi, the court has revoked the life imprisonments against 21 others involved in the same case and capital punishment against five other sentenced, among them, the supreme leader of the Muslim Brotherhood Mohamed Badia and leaders of the group as Rashad Bayoumi and Saad El-Katatni. The Court has ordered a retrial.

The ruling tomb the only death penalty that had fallen so far on Morsi, condemned to life imprisonment in June 2015 for his involvement in an alleged conspiracy with Hamas and Hezbollah to “commit terrorist acts in the country”. Last June the first president elected in the polls of Egyptian history, 65, received another life imprisonment for leaking documents to Qatar.

At the end of last October the Court of appeals confirmed, moreover, the penalty of 20 years in prison against Morsi made public in April 2015 to intimidate opposition protesters during clashes that their supporters and detractors staged on 5th December 2012 at the gates of the presidential palace of Ittihadiya. The brawl, which occurred some days after the constitutional declaration that shielded the adoption of the Constitution, left 10 dead and over 700 wounded.

At trial which has issued restart Tuesday the Court of Cassation, Morsi is accused of participating in the assault and escape from the Wadi el-Natrun prison, an uncultivated land in the middle of the road that joins Cairo with Alexandria. On January 28, 2011 hundreds of prisoners escaped from prison after a day of protests in the capital ended with scattering by police and the country plunged into chaos.

After receiving the favorable report but not binding of the mufti mufti Shauqi Alam – the highest religious authority of the country, the Egyptian justice confirmed in June 2015 the death penalty against Morsi and 107 people, including prominent leaders of the Muslim Brotherhood as the guide supreme Mohammed Badie, with another two condemnations to death and the leaders of their political arm Saad al-Katatni and Esam El- Erian.

Since the coup, which ousted from power the Muslim Brotherhood, the courts have handed down at first instance hundreds of capital punishment against their supporters in macro-processes by the complete lack of procedural guarantees, as denounced by local and international human rights organizations.

According to the British organization Reprieve, 588 people have been sent to the corridor of death since the beginning of 2014. The 72 percent of the sorrow are related to the participation in political protests. Executions have also increased. If between 2011 and 2013 only one condemned was applied, at least 27 lives have perished on the scaffold since last year.

The ferocious persecution of any dissent – white of forced disappearances, mass arrests and torture in police stations and prisons – contrasts with the impunity of leading members of the regime of Hosni Mubarak and police apparatus with a long litany of human rights violations remains safe from the slightest reform. According to human rights organizations, it is a proof of the “selective justice” and politically motivated applying the most populous country in the Arab world.

Since the overthrow of Morsi, the Egyptian regime has starred campaign in decades more severe repression against the Brotherhood, the most organized political force in the country: hundreds of his supporters have died; thousands of their leaders and members have been imprisoned; the Muslim Brotherhood has been declared a “terrorist group” without providing evidence of their connection with the attacks and their associations of charity have been confiscated. Cairo has also closed, the media of the opposition; enacted a draconian law that restricting the right to protest and drowned all the spaces of freedom.

2016-11-15
Previous Post: German coalition agrees that Foreign Minister Steinmeier is a candidate for president
Next Post: The French former minister Emmanuel Macron will run for president