In: Breaking News, US Election

The tycoon is made with the White House after winning in key states. In his first speech as president promises, soothingly, govern “for all Americans”. 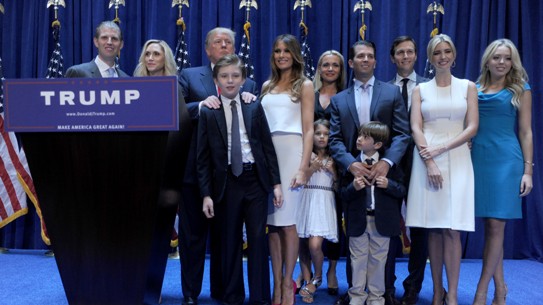 And on November 8 USA were turned red… Against all odds and convulsing to the world, Donald Trump is already the 45th US president, according to the final results of the US elections.

Specifically, the Republican candidate won 306 electoral votes, compared to 239 of his Democratic rival, former Secretary of State Hillary Clinton. To be crowned winner, Trump had to overcome the barrier of 270.

Although all polls showed Clinton as the winner, the count has suddenly begun to sow doubts. The balance has begun to lean in favor of the business tycoon with his victory in a key state: Florida (granted 29 votes). This has been followed by North Carolina (15), Iowa (6) or Ohio (18).

The Republican candidate has also been imposed in Pennsylvania, one of the traditionally Democratic states (the last time the Republicans won in this state was in 1988, George HW Bush).

Clinton has lost, in addition, Michigan (16), and Wisconsin (10), theoretically democratic strongholds. The latter state has been, precisely, the one that has granted the mathematical victory to Trump.

In addition to the presidency, the Republicans have managed to retain control of both houses of the U.S. Congress in the legislative elections held on Tuesday in parallel presidential elections, according to projections from major US media. Therefore, the conservatives will dominate the U.S. legislature at least the next two years, which will allow the Republican Donald Trump a comfortable mandate in the White House.