Donald Trump is already President of the United States

The new US president, Donald Trump, has vowed today his office at the Capitol in Washington, head office of the Congress, as the 45th President of United States. This has been greeted by a massive applause and a warm embrace of all his family, who accompanied him at the time. 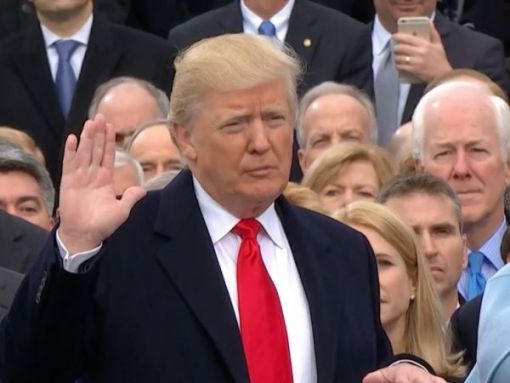 First of all, he thanked all the presidents present at the event and also the whole world. “Citizens of the world, thank you”, Trump ripped. “Together we will determine the course of America and the world for many years that will come”, he added.

“We citizens of America are now united in a great national effort to rebuild and restore their promises to all our people”, continued the new president of the United States. “We are transferring the power of Washington DC and giving it to you, the people”, has been one of the first proclamations that the President has launched. “Washington flourished, but the people did not share their wealth”.

“This time is your time, belongs to you”, “to all who are gathered”, is “your day, is your celebration”. “What really matters is whether our government is controlled by the people”. On January 20 “it will be remembered for the day when the people returned to control the nation”.

“The forgotten men and women of our country will not be forgotten for a long time. Everyone will be heard now”, he said. “Our country is controlled by the people”.

“We share a glorious destination”, Trump said. “It’s only going to be America first”, Trump said, promising all those gathered in the “we will recover our jobs, our borders, our dreams”, he continued. “Our country will be prosperous again”, he promised.

2017-01-20
Previous Post: At least 70 injured and several missing after a 17 storey building collapsed in Tehran
Next Post: Trump signs the order to build the wall on the Mexican border