The United States announced Friday that granted permission to Canadian TransCanada for the construction of the Keystone XL pipeline, giving final approval to a project that had been frozen by the previous government of Barack Obama. 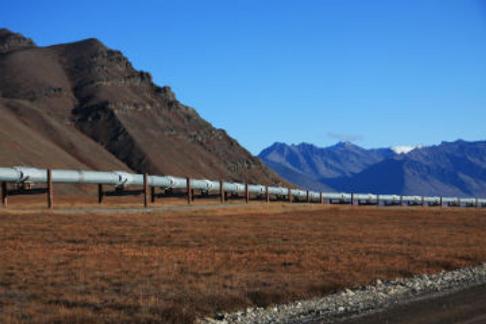 One of the first acts of Donald Trump after assuming the US presidency in January was to grant a conditional green light for the cross-border project that Obama had suspended because of environmental concerns.

Obama banned the construction of that pipeline in 2015 after a lengthy review of its environmental impact that ended with Secretary of State, John Kerry’s, recommendation to reject the project because erecting it could “undermine” America’s role as a global leader against Climate change.

After a further review of the bill, Under Secretary of State Thomas Shannon granted the presidential permit, concluding among other things that “it will serve the national interest”, said the State Department.

The head of American diplomacy, Rex Tillerson, former chief of oil giant ExxonMobil, did not participate in the decision after giving a step to the side before allegations of conflict of interest in the matter.

The project envisages the construction of a 1,900 km pipeline, of which 1,400 km are in the United States.

The Keystone XL pipeline aims to transport about 830,000 barrels per day of synthetic and bituminous oil diluted from the Canadian province of Alberta to different parts of the United States, including Texas refineries in the Gulf of Mexico.

According to TransCanada, this project will contribute $3.4 billion in US GDP.

Keystone XL was for the long time a thorny issue between Washington and Ottawa. An ardent defender of the oil industry, the former Canadian Prime Minister Stephen Harper, predecessor of Justin Trudeau, argued several times before the Obama administration to defend the TransCanada case. Their efforts were in vain.

Seven years after the first order, Obama refused in November 2015 to grant TransCanada presidential permission to start work on the grounds that “it is not in the national interest”.

“The pipeline would not bring down the price of fuel for US consumers”, Obama said, adding that the bill also “does not reinforce US energy security”.

TransCanada responded in January 2016 in US courts with a claim of $15 billion in damages.

The signing bet on this pipeline to transport Canadian oil into new markets. The current pipelines are saturated and Canadian producers of hydrocarbons are intended with this pipeline to send oil to refineries in the Gulf of Mexico, from where it can then be exported to other countries.

2017-03-24
Previous Post: Attack in London: Reveal the true identity of the attacker and arrest two other people
Next Post: Merkel’s CDU wins first strike against Schulz