Scientists created the first elastic adhesive able to repair tissues that by their very nature move continuously, such as those of the heart, lungs and arteries. 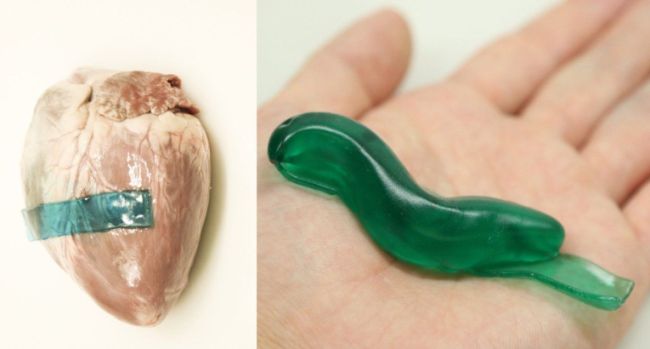 Described in the journal Science Translational Medicine, the glue was developed by a group led by Ali Khademhosseini and Nasim Annabi of Harvard and Northeastern Universities. The glue is called MeTro, was tested on mice and pigs and researchers are ready to study it in humans.

“Potential applications are powerful: from the treatment of serious internal wounds to use in emergency situations such as car crashes and war zones”, said Anthony Weiss of the University of Sydney who contributed to the research.

“MeTro”, he added, “solves impossible problems for other available sealants and we are ready to try the glue on the man”.

To repair wounded organs and tissues, surgeons commonly use metal staples and suture threads. However, these procedures can be a real challenge for tissues that continually contract and relax, such as the lungs, heart and arteries.

Today to sew these tissues there are adhesives compatible with the organism. But they do not work by themselves and must be integrated with traditional suture systems.

The elastic glue, in turn, works on its own: it consists of a solution based on water and a molecule called tropoelastin, which constitutes the base units of elastic, that is, the protein that allows the tissues to return to their original form after being subjected to stretching or contraction.

“The beauty of the MeTro gel”, observed Annabi, “is that it hardly comes into contact with the tissues, it solidifies and becomes a gel that we can stabilize later with a light impulse”.

2017-10-22
Previous Post: What mysteries can the machines reveal just by looking at your face
Next Post: In London, in the footsteps of Harry Potter