Two people have died and at least two others wounded in a shootout today near a polling station in the County of Los Angeles (California, USA). 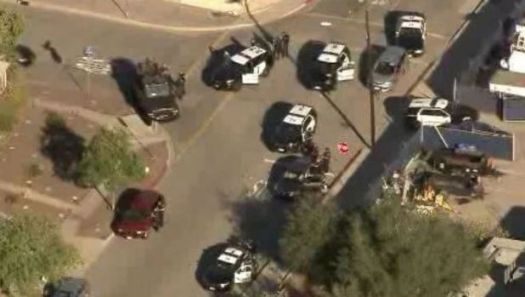 Agents seek to at least one suspect who consider armed, said in a press conference the police of the city of Azusa, where this incident took place, who adding, however, that there are other reports which indicate that this would be a man or that there could be a second suspect man.

The incident took place in a residential area of Azusa, a town in the San Gabriel Valley, about 37 kilometers northeast of Los Angeles. The shooting occurred around 14.00 local time (22.00 GMT) and immediately closing two schools and electoral voting site located in the Memorial Park.

The newspaper Los Angeles Times, citing police sources, said at least one of the victims was going to vote when the shooting happened.

When police arrived at the scene to respond to the emergency, the suspect fired at least 20 rounds with a rifle toward the polices.

The police chief of Azusa, Steve Hunt, said in a press conference that this is an “active” situation and considered it “early” to say whether the violence was related to the elections, since it seems that what happened “concentrated” in the residential area and not at the nearest polling place.

He also noted that the two injured were taken to hospitals in the area and it is unknown what their state of health.

Both the schools and the polling place were evacuated without incident, and Hunt said that the authorities have arranged other locations for citizens affected by the closure of the polling station to participate in the elections.

The police set up a security perimeter in the affected area and reported that none of their officers was injured in the incident.

2016-11-08
Previous Post: A military without political experience wins the first round of presidential elections in Bulgaria
Next Post: The advance of Trump sinks global markets