China responds to Trump with tariffs on dozens of US products

China made effective on Monday its promise to respond to the attacks of Trump to part of its export sector in the same currency. Beijing announced the immediate imposition of tariffs on 128 US products, mostly agricultural, in an attempt to warn the US president of what is to come if his administration remains determined to start a feared trade war between the two largest economies on the planet. 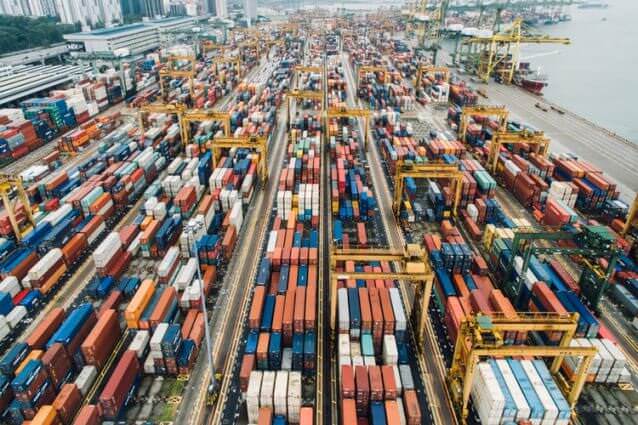 The tariffs take effect this Monday and affect, as the Ministry of Commerce advanced ten days ago in a provisional list, to imports from the United States valued at 3,000 million dollars, a volume equivalent to the damage to the steel sector and aluminum of the Asian giant for the tariffs imposed by Trump. The vast majority of affected products will be taxed at 15%, such as some fresh fruits, nuts or wine. Others, among which are frozen pork meat or recycled aluminum, will be subject to a rate of 25%.

The Chinese Ministry of Commerce did not hide the reason behind the increases. In a statement on their website, Beijing accused the United States of “seriously violating the principles of non-discrimination, cornerstone of the multilateral trading system” by the fact that tariffs on steel and aluminum affect only certain countries (others were exempted at the last moment), and assured that the Chinese public opinion has asked “that the Government take measures to safeguard the interests of the industry and the country”.

The president of the United States has threatened to impose more tariffs on other Chinese products worth more than 50,000 million dollars, a measure with which he aims to reduce the immense trade deficit that his country maintains with the Asian giant and as a result of what it considers an alleged theft of intellectual property by China. According to Reuters, Trump would announce the new rates this week, which would affect mainly high-tech products.

If approved, experts agree that Beijing would respond in a similar way, pointing in this case to products such as soy or car components. Nor do they rule out non-tariff measures, such as hindering the activity of US companies operating in China, further limiting the areas of investment or even the possibility of selling part of the US public debt which is in the hands of Beijing.

China insisted on Monday that the trade differences between the two countries should be resolved “through negotiation and dialogue”. But for now there are hardly any signs that Washington and Beijing are engaged in negotiations to avoid a new and much wider round of tariffs. Last week, the new creative chief of the new executive of Xi Jinping, Liu He, warned US Treasury Secretary Steven Mnuchin that his country was willing to defend against US tariffs and called on both parties to “remain rational”.

Extending these tariffs to products with more weight in bilateral trade (3,000 million dollars is only a minimum part of the total of goods exchanged) seems complicated for both sides. Trump would be willing to target high-tech sectors that Beijing considers strategic in its industrial modernization plan “Made in China 2025” such as information technologies, robotics, biotechnology or electric vehicles. The Asian giant overcomes Japan as the largest exporter of high technology products of the continent and produces, for example, 70% of mobile phones, laptops or telecommunications equipment from around the world.

China does not have it easy either. A study determines that only 3% of total imports from the United States meet the two requirements to become an effective reprisal: the first, that China is by far its main destination, so that the fall of purchases is noticeable in American soil; the second, that it would be easy for the Asian country to go to other markets to stock up on what it would no longer acquire in Washington. Many of these products, determine the analysis, are also of high technology and necessary for the Chinese industrial reconversion plan. Others are not particularly relevant in terms of volume.