The chinese club Shanghai Shenhua welcomed Carlos Tevez, in a statement on their website. The salary of the Argentine, which in any case will be stratospheric, still not be known with accuracy. 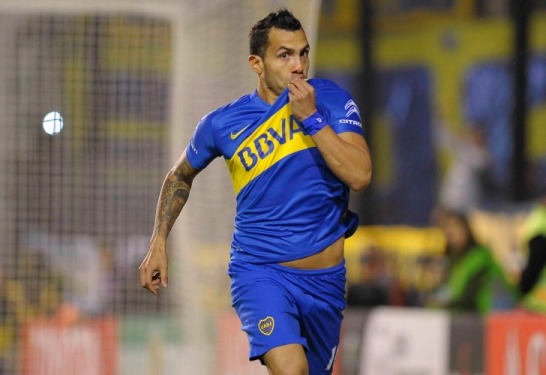 According to AFP, through a source close to the player, it would be 80 million in two years. According to local media, moving around the Chinese set, it would be about $20M annually, $40M in this exotic two-year period that facing the newly married ‘Apache’. What is certain is that his beloved club, Boca Juniors, also receives a transfer of 11 million dollars.

The club specified that Tevez will be incorporated to the concentration of pre-season of the Shenhua in the island of Okinawa, in southern Japan, after passing the relevant medical examination.

To receive 40 million in a season, his arrival would be a world record, and is that no one in the world of football has received such a high salary. If it is ‘only’ $20M, he would be the fifth player in the world for salary and the second of the Chinese League, behind Oscar, who will receive 24 million in the Shanghai SIPG, the city’s neighbor.

The Chinese Super League continues showing their great economic capacity and, for the time being, already has a player with better remuneration idols as Leo Messi or Cristiano Ronaldo.

“We hope Tevez will be able to help Shenhua succeed in their matches in the Chinese Super League and the Asian Champions League, offering more exciting matches to the fans. His arrival is going to significantly increase the offensive capabilities of the Shensua”, commented, in the statement.

Tevez thus joins a list of illustrious increasingly long. Lavezzi, Jackson Martinez, Hulk, Ramires, Oscar are some of the most visible faces of an undisputed championship to show off their wallet.