Bill Clinton: first lady? first man? What would be his title?

Democrat Hillary Clinton could become the first woman president of the United States, after having been first lady 8 years as president during the term of her husband, Bill Clinton. Now the situation could be reversed: President Hillary and Bill … first lady? first man? What would be the name of his title? 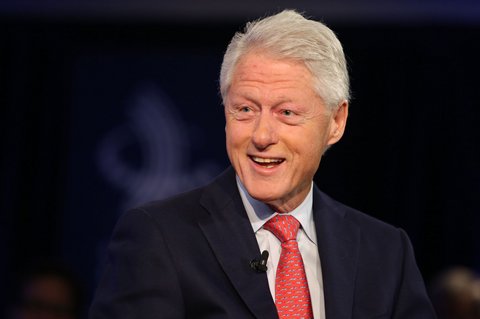 It might seem a small matter, but the truth is that the ‘position’ of first lady has more than just symbolic value in the country, since traditionally the president’s wife has represented the head of state in various events or ceremonies humanitarian or solidarity.

Just look at the great media exposure of Michelle Obama to understand the significance of a charge on the other hand is unofficial and is not legislated.

There has never been a woman President in the United States. Therefore, there has never been a “husband of the president” in the White House. However, in some of the States that comprise the country if there are precedents of women governors (there are six), and the title that their husbands have been received, and Bill Clinton would also obtain, is ‘First gentleman’.

However, the case of Bill Clinton would be a little special, since in the United States a President retains the title even after leaving office, an honorary position. It is therefore expected that would continue to be cited as “Mr. President”, instead of as a “first gentleman”.

The issue has been the subject of recurring joke in recent months. For example, in May 2015, when the still president of the USA States, Barack Obama, he premiered his institutional profile on Twitter (@POTHOS), Bill Clinton asked in this network if the profile would pass to his successor. “Good question. The knob stays with the house. Do you know anyone interested in @FLOTUS [the institutional profile of the first lady]?” Obama replied.

2016-11-04
Previous Post: Julian Assange said that WikiLeaks did not receive from Russia Hillary Clinton emails
Next Post: Wall Street fall for one week at the prospect of Trump wins