The Austrian government has launched an offensive against “political Islamism” on Friday and has announced the closure of seven mosques accused of spreading extremist ideas. The Executive also proposes the deportation of up to 60 imams who receive salaries from Turkey, a decision qualified by Ankara as “Islamophobic” and “racist”. 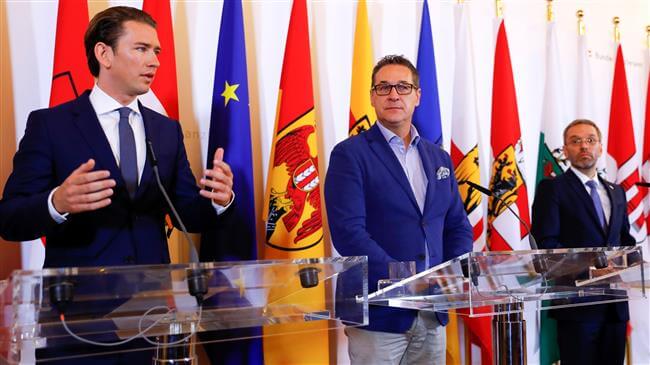 “Parallel societies, political Islam and extremism have no place in Austria”, the conservative chancellor, Sebastian Kurz, who governs in coalition with the extreme right – wing FPO, justified the decision at a press conference in Vienna. Executive, Heinz-Christian Strache, has been campaigning against Islam and migrants for years. A discourse of xenophobic overtones that intensified with the massive arrival of refugees in 2015 and that has boosted the ultranationalists to the Government with promises of closing borders and cuts in aid to asylum seekers, proposals shared by the Christian Democratic Party of Kurz.

The measures announced “are only the beginning”, said Strache, who stressed that the executive will not tolerate “hate speech under the guise of religion”. In Austria live about 700,000 Muslims (the total population is 8.8 million inhabitants).

The decision to close seven mosques has been accelerated by the publication in April of images in which a group of children recreated in military uniforms – possessing even as corpses shrouded in Turkish flags – the battle of Gallipoli, in what was then the Ottoman Empire (today Turkey) during the First World War. The photographs have fueled a recurrent debate in Austria about the ideas and values that are spread in some mosques, with Islamist terrorism that has struck other European countries as a backdrop.

With the control of Muslim temples and migration among the priorities of its agenda, the Kurz Government now firmly applies a law passed in 2015 that prohibits any foreign funding of Muslim preachers and places of worship to limit foreign influence on the Austrian Islamic community. The regulations, approved by the previous government of conservatives and social democrats, also require that the sermons are gradually in German and that the imams are formed in Austria.

About the mosques that will be closed in different parts of the country – four in Vienna, two in the Upper Austria region and one in Carinthia – the accusation weighs, in one case, on disseminating Turkish ultra-nationalist ideas and, in six others, promoting a ultraconservative version of Islam.

In particular, a mosque in Vienna linked to Turkish ideas of the far right will be closed and another six of a small Arab association that spread ideas close to Salafism, a mainstream Muslim that defends a reading and literal interpretation of the Quran.

The minority association that manages these six mosques with sermons close to Salafism – the so-called Arab Religious Community – will also be dissolved, the government announced at a hearing of the foreign minister, vice chancellor and two ministers early in the morning. The largest Islamic association in the country, Islamic Religious Community in Australia (IGGiO, in its acronym in German), has collaborated in the investigations and has confirmed at least one of the mosques to be closed did not have permissions to operate.

The Interior Minister, the ultranationalist Herbert Kickl, has assured that up to 60 preachers of the Austro-Turkish association ATIB could be deported together with their families – in total, about 150 people – for violating the law that prohibits imams receiving funds and salaries from abroad. ATIB, which has some 100,000 members, is known for its proximity to the Turkish Islamist AKP party of Turkey’s President Recep Tayyip Erdogan, who is in full campaign for the June 24 elections.

ATIB itself has recognized foreign funds, but argues that the lack of preachers in Austria leads them to appeal to trained religious in Turkey. Their salary is paid by the religious authorities dependent on the Turkish government. In Ankara, the presidency’s spokesman, Ibrahim Kalin, harshly criticized the closure of mosques and the expulsion of imams.

“The closure of seven mosques in Austria and the deportation of imams is a consequence of the populist, racist and Islamophobic policies of this country”, Kalin wrote in his Twitter account.

The relations between Turkey and Austria are tense since the repression launched by Ankara after the attempted coup against Erdogan in July 2016. Kurz has also repeatedly accused Erdogan of polarizing the Turkish population of Austria and has vetoed a possible rally of his electoral campaign in Austrian territory. Around 360,000 inhabitants of the Alpine republic are of Turkish origin, and some 117,000 retain a passport from that country.

The opposition Social Democratic Party of Austria has approved in general the decision of the Executive, while the Greens (extra-parliamentary) regret the timing of the announcement, as, in their opinion, will benefit Erdogan in the presidential election.

2018-06-08
Previous Post: Biometric technology to prevent identity theft on the Internet
Next Post: US strengthens the powers to examine foreign investments