Austria has imposed a ban on wearing a burqa in the public space and joins other European Union countries, such as France, Netherlands, and Belgium, which have already vetoed this garment worn by some Muslim women. The law, which establishes a sanction of up to 150 australian dollar for anyone who conceals or covers their faces “in a way that is not recognizable”, was approved before the summer by the Government along with a package of reforms of integration policies and the heat of the growing rejection of immigration after the arrival of tens of thousands of refugees since 2015. 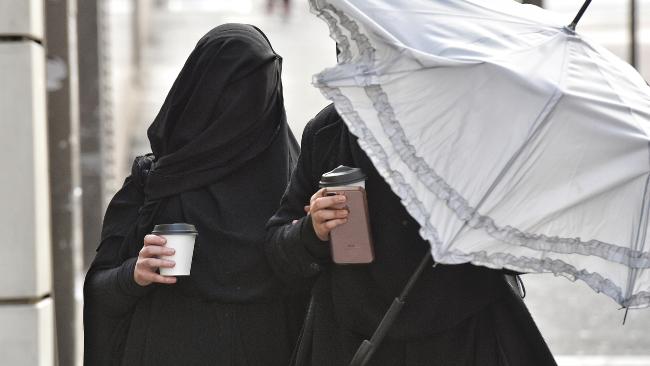 A question that dominates the debate two weeks after the legislative elections that Austria celebrates on October 15 after breaking the coalition between Social Democrats and Christian Democrats.

On the first day of application of this law, the police reinforced their presence at Vienna airport to inform tourists that they would wear a burqa. Women from the Gulf countries are the main affected by a rule that, in the Austrian streets, will find few offenders settled in the Alpine country.

The law, criticized as populist and unnecessary by sectors of the left, NGOs and Muslim organizations, says it will serve to “ensure cohesion in an open society”. It is declared “religiously neutral” and does not mention Islam, but a general prohibition of that covers the face, but the brochures issued by the Ministry of the Interior does not leave a doubt with the drawings of women covered with the burqa or the niqab (which only allows one to see the eyes). The use of masks in carnivals, or sanitary, and of scarves against the cold will be allowed.

The ministry has assured that the agents will treat the matter with “delicacy” and the tourist sector hopes that its action does not scare visitors from the Arab countries of high purchasing power.

The conservatives argue that the burqa is “incompatible with Austrian values”, while the Social Democrats consider it “an expression of the oppression” of the women who carry it. For many Muslims (8% of the population, 8.6 million) is an attempt to “give a supposed response to the fears of society and show that politics is capable of acting” amid the rise of extreme right-wing positions against Islam, says Carla Amina Baghajati of the directive of the Islamic Community of Believers of Austria, who believes that the ban will be counterproductive and may violate religious freedom.

2017-10-01
Previous Post: A Palestinian shoots three Israeli agents in a settlement near Jerusalem
Next Post: Nearly 60 dead and more than 500 injured in a Las Vegas shooting