At least fourteen dead in a shootout in southern Jordan

At least fourteen people, including a Canadian tourist, were killed in a shoot-out between Jordanian police and a group of strangers who were barricaded in a historic citadel in the city of Karak, southern Jordan. 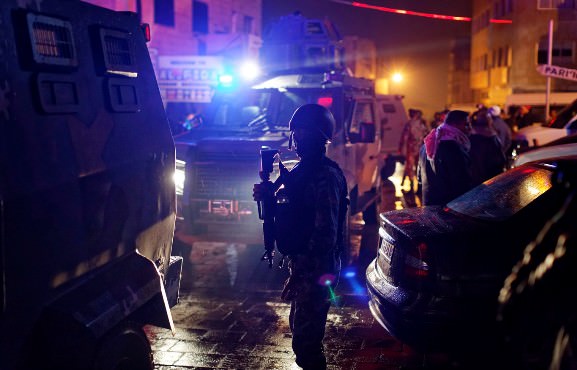 In the dead included seven policemen, two civilians of Jordanian nationality, a Canadian tourist and four armed men, in addition were wounded another 27 people, according to a statement of the department.

An unknown number of assailants had been entrenched for six hours in the historic Citadel of Karak, added the note, describing them as “terrorists and people outside the law”, but did not identify them with any particular grouping.

“The four terrorists were shot down and security forces continue combing the area in search of other potential participants”, according to the Jordanian department.

The incident began this morning in the nearby town of Al Qatrana, where at least one vehicle opened fire on a police station and a patrol car.

Pursued by the police, the assailants managed to reach the castle of Kerak, about 10 kilometers to the west, where they proceeded to take hostages for hours.

The citadel of Karak is a castle built by the Knights Templar during the middle ages and it is a well-known tourist spot in Jordan.

2016-12-18
Previous Post: China will return to US the submarine dron captured by the Asian Navy after reaching an agreement
Next Post: Turkish policeman killed Russian ambassador in Ankara