Angela Merkel on the Volkswagen scandal: “I did not know anything”

Angela Merkel declared before a parliamentary committee that she learned “by the press” of the Volkswagen emissions scandal. The German chancellor assured to have supported then the Federal Minister of Transport and Digital Infrastructure Alexander Dobrindt to quickly clarify the case that broke out in September 2015 and undermined the credibility of the biggest European automaker. 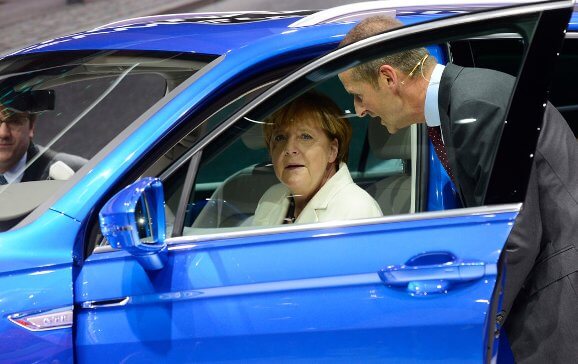 A German Parliament Committee investigating since July of last year if Merkel’s Government knew or at least had evidence that millions of the Volkswagen Group diesel vehicles emitted up to 40 times more greenhouse gases in the street than in test situation. Specifically, lawmakers sought to determine whether the close contacts between the Merkel executive and the auto industry led officials to look the other way instead of enforcing environmental standards.

The commission included, among others, the testimony of Mary Nichols, chief of the California Air Resources Board, CARB, who met with the then Governor Arnold Schwarzenegger and Merkel in April 2010. By video conference, the American said Merkel was then “very well informed”, who complained about the strict rules that limit the emission of polluting gases in California and that described them as an obstacle for European industry.

Merkel herself said today that she knows the issue of emissions because she was Minister of Environment between 1994 and 1998, but had never heard of the mechanism that triggered the Volkswagen scandal. It was the US authorities and not the German authorities who discovered that some 11 million Volkswagen diesel vehicles had incorporated illegal software. This mechanism made it possible for the cleaning filters to operate 100% only in a test situation, by detecting that the cars were being controlled.

According to Ulrich Lange, of the CSU official, “it’s not a government scandal, it’s a Volkswagen scandal”. “The executive was quick to clarify what happened and take the consequences”, he said. Kirsten Lühmann of the Social Democratic Party said that “this commission was clear that no one knew before the illegal manipulation”. “We made it clear that no one looked the other way. We confirm that all cars that do not meet the standard will be equipped” (with new filters), said Lühmann.

The opposition members of the committee did not agree with the explanations. Herbert Behrens, considered that if Merkel was so aggressive with the Californian authorities and became “the defense lawyer” of the automotive industry, “now she cannot pretend to have nothing to do with it”. Large shareholders of major German auto makers often make strong donations to large political parties. In the case of Merkel’s CDU, organizations like LobbyControl denounced, among others, a large monetary contribution from three BMW shareholders in 2013.

The chancellor was also consulted on Wednesday for her role in postponing the discussion on a new European environmental standard that year. A version of the daily Suddeutsche Zeitung pointed out that Merkel agreed in 2013 with the government of Ireland (then holding the EU presidency) to postpone the adoption of the 95 grams CO2 limit per kilometer for new vehicles from 2020.

While the opposition accuses the government of being pressured by the automotive lobby, the ruling party argues that the authorities reacted quickly to clarify what had happened. The parliamentary commission has already interviewed 13 technical experts and 56 witnesses of the Volkswagen case, including managers, officials, ex-ministers and ministers in office. The chancellor was the last called.

Last January 19, it was the turn of former Volkswagen Group President Martin Winterkorn, who claimed to speak to Merkel on the phone a day after the scandal erupted in 2015. Several former Ford employees said that by then the top executives of the consortium already knew of the different values that showed the cars in route and in situation of tests of emissions.

With 12 brands of different categories, from Porsche and Audi to Skoda, Volkswagen is the main automotive consortium in Europe and the world, with more than 10 million units sold in 2016 exceeded Japan’s Toyota. But while in the United States they imposed $4.3 billion of fines and charged to their executives, Volkswagen has not yet agreed compensation to 8.5 million European users.

2017-03-08
Previous Post: With changes, Donald Trump signed his new immigration decree
Next Post: Barcelona achieved a historic feat: Thrashed 6-1 to PSG and is in quarters