An earthquake of 7.4 magnitude causes a small tsunami in the coast of Japan

The spectrum of the catastrophe of 2011 was reactivated this morning in Japan when a powerful 7.4 magnitude earthquake generated a small tsunami that hit to the Fukushima region, the same one that was destroyed in the previous tragedy. 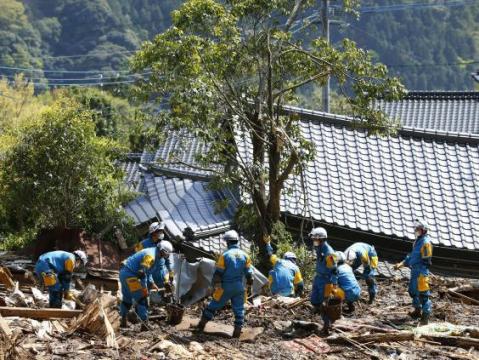 Authorities reported no casualties but decreed the evacuation of the population in that area warning that the tsunami could generate waves up to three meters high. An hour after the earthquake, which occurred at six o’clock local time, several coastal enclaves confirmed rising tide phenomenon in the port of Sendai – 70 kilometers north of Fukushima – came to cause waves of one meter and 40 centimeters.

The company Tepco, which manages the Fukushima head office, acknowledged the presence of waves one meter high in the vicinity of the facilities that were destroyed in 2011, although said that this time had not caused any damage.

However, the same company – which was charged in 2011 to try to minimize what happened – acknowledged that had been paralyzed for some time the cooling system of a nuclear fuel storage plant of Daini.

The famous Japanese bullet trains stopped their service and a small fire broke out in a petrochemical complex, but the damage resemble be lower, perhaps because the earthquake occurred 15 kilometers from the coast and at a depth of at least 10 kilometers.

Prime Minister Shinzo Abe spoke from Latin America, where he is on an official trip, and said he had given orders to the authorities to “inform the public accurately about the tsunami”, in allusion perhaps to the controversy that was generated in 2011 at the news and denials that occurred in that event. In some areas the tsunami generated a new phenomenon: the flow of rivers was reversed and began to move towards the interior of Japanese territory.

After the disaster in Fukushima, Japan suspended the operation of all its nuclear facilities and only recently launched two reactors, in the middle of the controversy that still generates this type of industry in the Asian nation, to which according to the surveys opposes the most of the population.

2016-11-22
Previous Post: Merkel will be presented as a candidate for a fourth term next year
Next Post: Trump announces his intention to withdraw the United States from TPP