An earthquake of magnitude 8.2, the biggest of the last 100 years, shook Thursday night in Mexico and has caused more than 30 deaths, according to official data. Everything seems to indicate that the figure will be higher. The earthquake affected more than 50 million Mexicans and felt strongly in the capital, where they lived through moments of panic. The most affected area, however, was that of Chiapas and Oaxaca, two states of the south of the country. In the first, three deaths have been confirmed, while in Oaxaca, the governor says that there are at least 23 fatalities, to which we must add two more in Tabasco. 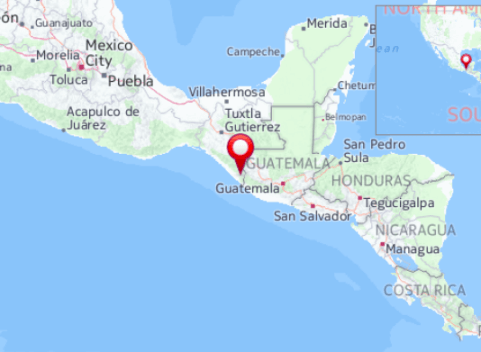 Although Peña Nieto has ruled out a bleak picture, he has admitted that it will take days to evaluate the damage caused. The Mexican president has warned that the main risk may be a possible replica of up to 7 degrees in the next 24 hours. By three o’clock in the morning more than 60 had been recorded.

“It is the strongest earthquake we have recorded in at least the last 100 years,” said Peña Nieto. According to the first report of the president, more than 1.5 million people were left without light, but half was recovered. The rest, guaranteed Peña Nieto, will be restored in the coming days. The earthquake has occurred around midnight local to the south of the country. The epicenter has been located more than 100 kilometers southwest of Tonala, in Chiapas. The earthquake caused power cuts in the capital, where the seismic alert was heard, and immediately began to hear ambulances. The earthquake was the strongest that hit the country since the devastating earthquake of 1985, magnitude 8.1, which hit the Mexican capital with force.

Mexican authorities confirm that the earthquake has been even higher than that which devastated Mexico City in 1985. The difference is that, at that time, the epicenter was much closer to the capital. Those who experienced this shock have noticed many parallels, although the consequences are far from similar.

The worst part has been taken by the State of Chiapas. Some homes have collapsed and as governor, Manuel Velasco has assured, there are schools and hospitals affected by the earthquake. The coastal zone is being evacuated at the risk of a tsunami. In the town of Juchitan, in Oaxaca, neighboring Chiapas, the fall of a hotel was recorded and some houses were damaged.

Miguel Angel Mancera, head of the Government of Mexico City, announced that the earthquake protocol was activated. The electrical failures that occurred in some areas of the city have been corrected with the passage of the hours. The Metro service and the Mexico City International Airport operate and there is no damage in hospitals. School classes at all levels of education up to secondary school, have been suspended tomorrow in 11 states.

The earthquake has been felt violently in the capital where large areas have been left without electricity. In the capital, the seismic alarm (a warning system with loudspeakers scattered throughout the city) warned of the earthquake that allowed many inhabitants to be placed in safe places.

In Guatemala this strong earthquake has also been felt and the Government reports that there are flaws. There the authorities have asked the population to remain calm. El Salvador prepares for the evacuation of the coastal zones to the risk of tsumami.