The Democratic Republic of the Congo is facing a new epidemic of Ebola hemorrhagic fever that left three people dead since April 22, the World Health Organization (WHO) said on Friday. 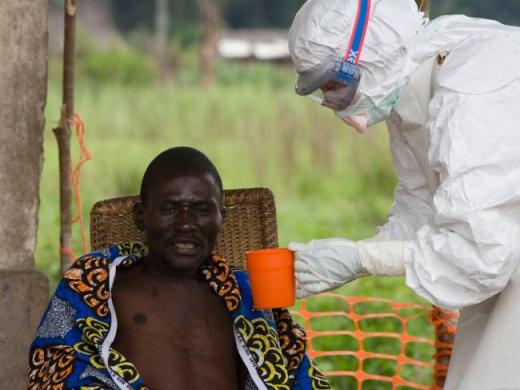 The last epidemic of Ebola in the country goes back to 2014, when 49 people died.

The outbreak occurred in the northeast of the country, in an area of equatorial forest in the province of Bajo Uele, bordering with the Central African Republic, WHO said in a statement.

Nine suspected cases of people infected with the virus have already been identified. In addition to the three deaths, the presence of Ebola virus was detected in one of five blood samples drawn from patients suspected of having contracted the disease, associated with a high mortality rate.

In a statement on television, Health Minister Oly Ilunga confirmed the outbreak and urged the population “not to panic”. The government “has just taken all necessary steps to respond quickly and effectively to this new epidemic”, he said.

WHO said that “works closely with the Congolese authorities” to facilitate the deployment of protective materials and personnel to strengthen epidemiological surveillance and control the epidemic very quickly”, which emerged in a difficult access area.

The country has suffered seven Ebola epidemics, the last in 2014, at the same time as the one that affected West Africa.

The Congolese epidemic was different from that of West Africa, the most serious of which has been declared and left more than 11,000 dead in Guinea, Sierra Leone and Liberia between 2013 and 2015.

In the DRC, the epidemic was contained quickly and officially left 49 dead less than three months after the authorities declared the outbreak.

The UN then welcomed the “immense work” of the Kinshasa authorities and their partners (WHO) against the disease.

The 2014 epidemic had been declared in a region located in the northwestern province of Ecuador, in the middle of the equatorial forest, in the district of Boende (800 km northeast of Kinshasa).

The health authorities had then registered 66 confirmed laboratory or suspected cases, leaving a mortality rate of 74.2%, according to official data.

The Ebola epidemic declared Friday is the eighth that affected the country since the discovery of this virus in Congolese territory in 1976.

The incubation time of the virus is 21 days.

According to WHO, the first teams of specialists in the fight against the disease could reach the affected area within 48 hours.

However, WHO called for the collaboration of other partners “for a coordinated and appropriate multisectoral response”.

The medical organization Alima (Alliance for International Medical Action) announced in a statement that their research team goes to Likati “with protective material and medications to treat suspected and confirmed cases”.

2017-05-15
Previous Post: The candidates of Donald Trump to lead the FBI
Next Post: Donald Trump in Saudi Arabia: Dances with swords, an “evil” image and an inopportune nap