A federal judge of United States has blocked part of the controversial veto of temporary travel to seven Muslim majority countries with terrorist history imposed by the country’s president, Donald Trump. 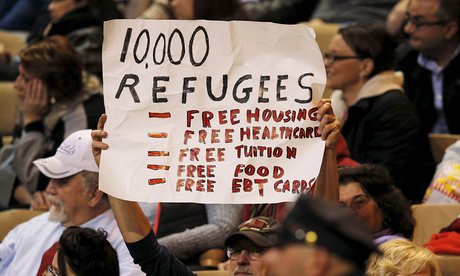 Judge Ann M. Donnelly, the Federal District Court in Brooklyn (New York), ruled that refugees or other persons affected by the measure and have reached US airports cannot be deported to their countries. In an emergency hearing, the magistrate responded to a lawsuit filed by the American Civil Liberties Union (ACLU) against the executive order signed by Trump on Friday, whose constitutionality put in questioned.

The ACLU, one of the country’s most important civil rights organizations, filed suit after two Iraqi citizens with special visas to enter the US were detained at JFK airport. According to the ACLU, between 100 and 200 people have been arrested on arrival at US airports since that Trump signed the Friday order.

The judge concluded that applying the president’s mandate by sending those people to their countries could cause “irreparable damage”, local media reported. Donnelly did not say that those affected could stay in the country and set a hearing for February 21 to return to deal with the case.

That provisional veto today caused chaos and indignation in the middle of the world, while many travelers were already blocking their access to US territory and there were protests at New York’s JFK airport and elsewhere in the United States.

However, Trump said today that his government is “fully prepared” to implement the measure, which affects more than one hundred million people in the world.

Merkel blames unjustifiable the order of restricting immigration of Trump
German Chancellor Angela Merkel has criticized the order issued by US President Donald Trump, which prohibits, among other restrictions, the entry into the country of the citizens of seven Muslim countries for the fight against terrorism.

“The chancellor is convinced that the resolute fight against terrorism does not justify, putting under widespread suspicion people of a confession or with a specific past”, spokeswoman Steffen Seibert told the German newspaper.

2017-01-29
Previous Post: Trump says relationship with UK is ‘stronger than ever’
Next Post: Trump selects Judge Neil Gorsuch as candidate for Supreme Court