At least 11 people died and 75 were injured in a fire at a hotel in the city of Karachi, the economic capital of Pakistan, reported Efe official sources. 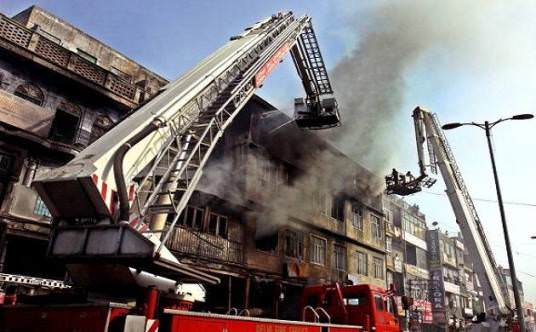 The fire started early in the morning in the kitchen of Hotel Regent Plaza, four stars, and was going up along the building, trapping many guests in its six floor, said Mohamed Hanif, police spokesman of the south of the city, where the event occurred.

The source said that eleven people died, most from asphyxiated, while 75 were injured, generally mild, and were moved to a hospital. Three fire engines went to the establishment and in three hours control the fire. Hanif said that the cause of the accident is still unknown. Among the dead were seven men, four women and three doctors Seemi Jamali told to the Efe, head of emergency of Jinnah Hospital where the victims were moved.

The Mayor of Karachi, Waseem Akhtar, said in statements to Pakistani television at the scene that the hotel did not have “fire alarm or emergency exits”.

The poor maintenance and the lack of security cause accidents in buildings and factories with some frequency in this Asian country. In one of the worst accidents in the history of the country, about 300 people died in a fire at a textile factory in Karachi.