The German Federal Prosecutor’s Office has taken over the case of German-Iraqi 12 years child arrested for trying, among others, attempt the Christmas market in Ludwigshafen, the city where he was born, he was radicalized and from where last summer thought travel to Syria to join the Islamic State (IS). 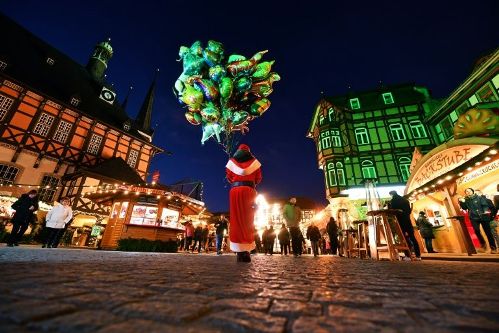 A spokesman for the US Attorney’s Office, authority with head office in Kaslsruhe to which all the cases of terrorism are derived, it has confirmed the opening of an investigation by the “finding of a nail bomb” explosive of easy homemade very used by the IS to achieve greater impact.

The bomb was found on 5th August in an abandoned backpack next to some shrubs near the Ludwigshafen City Hall. The police reported the case and forced to close the area, while specialists analyzed the device, which turned out not to be capable of explosion, but contain a mixture of substances used in pyrotechnics to the detected days earlier in a backpack also abandoned in the Christmas market.

It was on November 26, when an exhibitor at the flea market saw a backpack without an owner and alerted the security forces. Inside a glass jar with a mixture that included substances from fireworks and flares, it was found highly explosive but with manufacturing defects, so that not detonated.

The child has been moved to a minors’ center for not having the age of criminal responsibility and placed at the disposal of the social services with the authorization of their parents.

According to information of the weekly Focus, the first media that has been reported the case, the child had undergone a process of “strong religious radicalization” and last summer had expressed his desire to travel to Syria and join to the IS.

With the ongoing investigation, there are still unaware the details of this process of radicalization, but experts do not rule out that this child fall in the networks of jihadist groups through a forum on the internet and was driven from there by any instructor Of IS.

2016-12-16
Previous Post: Obama: ‘US will take action against Russia for the electoral interference’
Next Post: China will return to US the submarine dron captured by the Asian Navy after reaching an agreement