A Russian military plane Tupolev Tu-154 with 92 people on board has been damaged in the Black Sea shortly after taking off from the Sochi airport, in which it had done scale to continue flight with destination towards a Russian base in Syria. 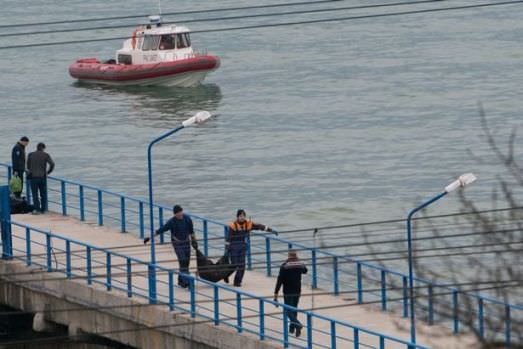 The Russian Ministry of Defense has reported that the remains of the aircraft have been found near the Black Sea coast in Sochi, at a depth of between 50 and 70 meters.

“Six kilometers from the coast of Sochi was found one of the victims of the incident of the Tu-154 plane of the Defense Ministry” said the spokesman for that portfolio, General Igor Konashenkov.

The defense minister, Sergei Shoigu, has subsequently announced later that there are no survivors. “The area of the accident of the Tu-154 aircraft has been delimited. There have been no survivors”, he said in a statement.

According to the latest official data, on the aircraft board traveled 84 passengers and 8 crew. Among the passengers were eight military personnel, two officials, nine journalists, 64 members of the Alexandrov military choir of the Russian Army, and human rights activist Elizaveta Glinka, better known in Russia as ‘Dr. Liza’. The members of the choir were going to participate in the New Year festivities at the Syrian airbase of Jmeimim, where Russia has deployed a group of warplanes.

The aircraft had taken off at 05:20 local time (02:20 GMT) from Sochi airport, a resort on the shores of the Black Sea, twenty minutes later, when it was on the sea, the plane disappeared from the radars.

Russian President Vladimir Putin announced this morning, Monday, will be declared a day of national mourning. Putin ordered his prime minister, Dmitri Medvedev, to lead the investigation into the accident, and has ensured that the investigation will be “thorough”. He also said that “everything will be done to support the families of the deceased”.