5 things airline companies can do with their passengers

Sure, you saw the United Airlines video. Yes, the one which displays security elements of the airline by dragging one of the passengers on the corridor, because he refused to give way to a member of the crew. Then the chief executive apologized on Twitter for the violent manner in which they evicted the passenger (who minutes later returned to the plane, who was also a doctor and had said he needed surgery). Although it later transcended that, in an internal email, the director of the airline defended the action of his employees. 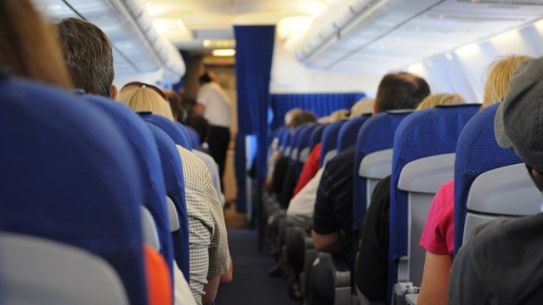 It was, therefore, the eviction of the passenger who pays his right or wrong ticket? Here we leave you five things that airlines can do with you as a passenger and you had no idea.

Totally legal and common, this means that the airline may ask or force you to get off the plane.

First, they ask for volunteers to give up their seats with the promise of relocating them on later flights, but if the passengers do not volunteer, the airlines to choose randomly and force them to descend, as we saw in the viral video.

Note: They have to justify their decision in writing and offer compensation in return.

2. Arrest you, fine you or write your will

Under international agreements aircraft commanders are authorized to arrest persons, to fine or certify the death of any passenger; also to write the will of some dead person. They are the highest authority of the air.

So be careful what you do as soon as the aircraft doors close because you will be at the expense of the captains’ judgment.

3. Must compensate you for the loss of your luggage

All airlines are required to compensate the passenger for lost luggage, depending on how long it takes to retrieve it. But most skip this detail and only send it to the place you choose, once recovered.

Tips: If you show that your luggage was indispensable for the purpose of your trip, the compensation must be higher.

4. Do not let used a paid ticket

It is known as a non-presenter clause and speaks of the authorization that airlines have to deny a flight in case you have not used the one or if you missed any flights with stopovers.

5. Make you wait until 3 hours to take off

Yes, you are already seated in your seat with the belt on. Yes, you already gave the indications; you know where the lifeguard is. But you do not take off. The rule says that a loaded passenger plane can wait for authorization to clear up to three hours. After that, you take back your rights, and you can get off the plane if you wish.