29 people have died and 166 were injured in two explosions following a football match in Istanbul, as confirmed by official sources. Of the 29 dead, 27 of them are policemen. Interior Minister Suleyman Soylu, talked about an attack “planned with treason” which involved a car bomb that was detonated remotely. 17 of the wounded needed surgery. Ten people have been arrested related to the attack. 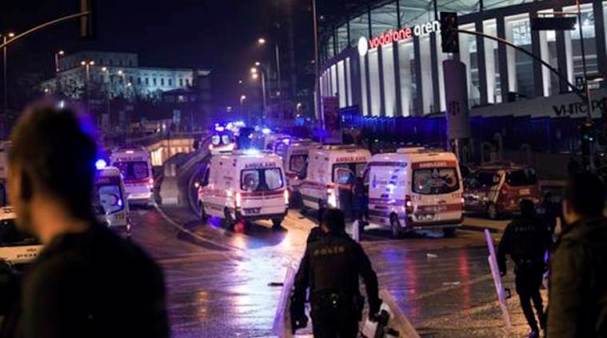 An explosion has occurred near the Besiktas Vodafone Arena stadium, next to the west end, where there was an antidisturbances position. According Soylu, it is suspected that a suicide bomber was immolated with explosives in the Macka Park, ten meters northwest of the football field.

The blasts, which have occurred an hour after the final whistle of a Besiktas vs Bursaspor have heard from Taksim Square in the city center and 500 meters from the football field. The confusion has reigned in the initial minutes.

Numerous police have tried to evacuate the nervous spectators who were cordoned off the area while. They have requested private cars to take the wounded shortly before dozens of ambulances be deployed to the detonations. The victims have been mainly transferred to the nearby Gumussuyu hospital and Etfal clinic next Sisli district.

Since it has happening whenever Turkey is shaken by an offense or a similar tragedy, a judge has issued orders to prohibit the media from reporting the incident.

It has yet claimed responsibility for the attack, and a statement of the Presidency, quoted by the daily Hurriyet, recalls that Turkey has suffered numerous attacks in recent years and that “the name and methods of the terrorist organizations do not have any importance”.

Besiktas neighborhood is located about a kilometer from the center of Istanbul and the column of smoke caused by explosions could be seen from several points of the city: unconfirmed rumors of shootings in nearby areas, then attributed to the police, have sown panic in Istanbul.